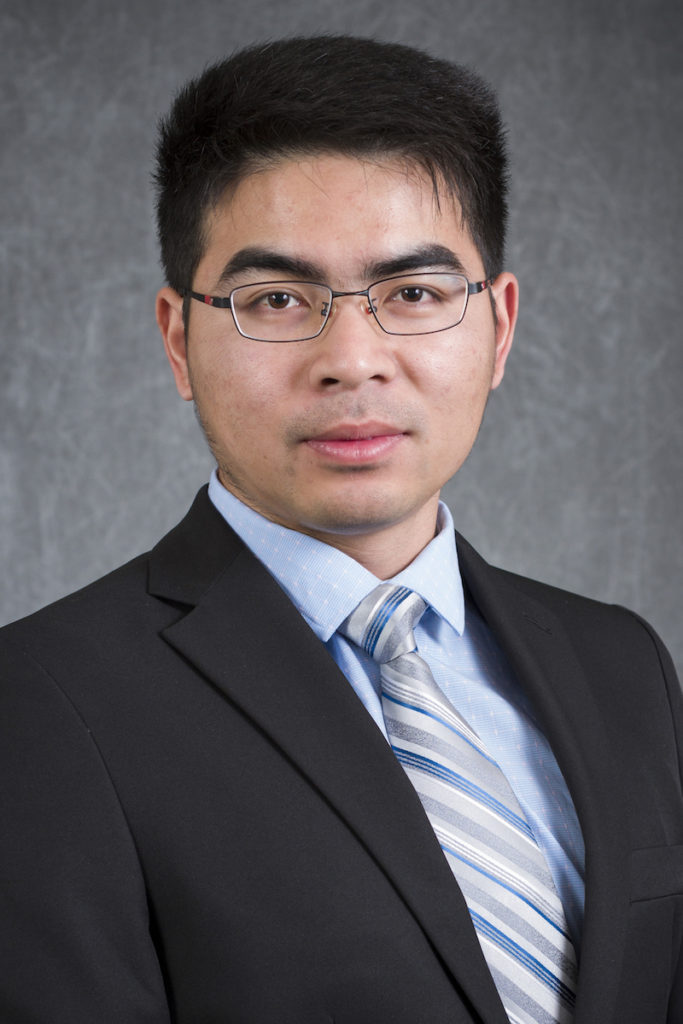 Emeritus Professor Joseph Palais and his wife, Sandra Palais, established the Palais Outstanding Doctoral Student Award in 2003 to honor exceptional electrical engineering doctoral students in the School of Electrical, Computer and Energy Engineering, one of the six Ira A. Fulton Schools of Engineering.

“I am deeply honored to receive this prestigious award,” Fu says. “I am also very excited that my work in power electronics is well appreciated by the community. This award will be an important driving force for me to further pursue my career in this field.”

Gallium nitride gained widespread attention in 2014 when research into gallium nitride light emitting diodes, or LEDs, earned a Nobel Prize in Physics. Fu took notice of this material’s potential and dove into its other applications.

Currently, about 10% of the total electricity generated in the United States is lost through power conversion using silicon-based devices. With silicon power electronics at their performance limit, Fu’s research demonstrated gallium nitride power electronics can be more efficient, smaller and faster.

Fu’s mentor and advisor, Professor Yuji Zhao, was most instrumental to his success. Zhao is a prominent gallium nitride researcher, and has earned funding from the U.S. Department of Energy Advanced Research Projects Agency-Energy, NASA and more.

“[Fu’s research] comprises a combination of efforts from theoretical modeling, materials engineering and device characterization,” Zhao says, “It is a powerful example of interdisciplinary research, which not only exemplifies a very high level of intellectual merit, but also has a broad scientific impact. His research has substantially advanced the state-of-the-art power electronics technology, and has a profound impact on large-scale societal problems in energy efficiency, renewable energy and power infrastructure.”

Zhao was also impressed by the amount of technically significant results Fu achieved over the past five years, which he has shared in more than 30 peer-reviewed journal and conference publications, one book chapter, three patents pending and more than 30 conference presentations.

“His record of accomplishment is among the best that I have seen for a PhD student,” Zhao says. “I have no doubt that he will have a very bright future in research. His success story has shown to us that at ASU we can produce great PhD students on par with MIT, Stanford and Berkeley.”

In 2014, Fu chose to attend ASU due to the institution’s strong materials science, solid-state device and physics research. After graduating with a bachelor’s degree in material physics, Fu wanted to get hands-on with those materials for his graduate studies.

“After graduation, I was eager to apply my knowledge in material physics to real devices and products that can really be used to benefit society,” Fu says. “Electrical engineering is a perfect major that mixes materials, devices and applications.”

He has been pleased with the facilities, research and collaboration opportunities he has had access to at ASU.

Now that he has completed his doctoral degree, he encourages other students to never give up during their graduate journeys.

“Stay optimistic and keep trying because there inevitably are many trials and errors awaiting you in research,” he says.

After graduation, Fu will continue working in Zhao’s lab as a postdoctoral researcher.