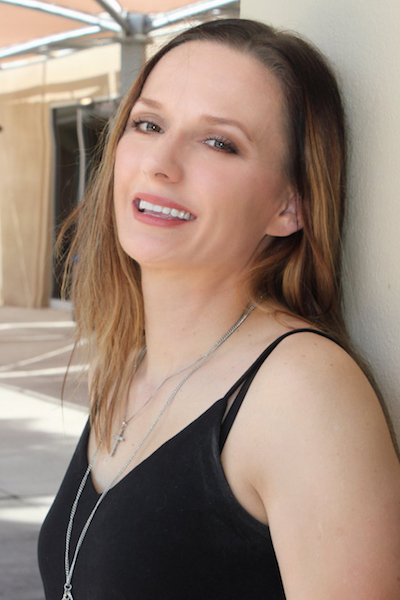 When she transferred from Glendale Community College to Arizona State University, Donn Watson says she was “terrified” by the big-campus environment.

Fortunately, she soon met Marnie Wong, the teacher of one of the first courses Watson took at ASU.

Wong, an electrical engineering lecturer in ASU’s Ira A. Fulton Schools of Engineering, helped Watson adjust to university life, guided her academically and would later give Watson a position as an undergraduate teaching assistant.

Over that time, Watson says Wong “helped me grow professionally and as a strong woman, friend and mother.”

That growth included a long list of achievements in and outside the classroom — enough to earn Watson the IMPACT Award for her leadership and other contributions to the ASU and Fulton Schools communities.

Watson became the founder and president of the student-led Arizona Coordination of Transfer Students, or ACTS, organization, as well as a member of the Society of Women Engineers, The Navigators and the All Walks Project.

She also helped fellow students with their studies in Fulton Schools Tutoring Centers and participated in Devils Invent, an engineering, design and entrepreneurship challenge program for Fulton Schools students.

Watson considers “building ACTS from the ground up” to be one of her most rewarding achievements.

Working with a diverse group of students from many ASU schools, she led the ACTS efforts that solicited donations from multiple sources to help feed and clothe about 500 homeless individuals in the Phoenix area. She also is a mentor to at-risk youngsters through two other Phoenix organizations.

She will continue her education by pursuing a master’s degree in electrical engineering with a focus on electromagnetics through the Fulton Schools 4+1 accelerated program. She plans to also earn a doctoral degree in engineering education and become a professor “to help build people into engineers.”

Watson says engineering education has given her “a confidence in myself and emotional stability that I did not realize I was searching for my entire life.”

All of her pursuits revolve around her foremost aspiration: “to be a mother to my four children,” Watson says. “It is my goal to raise children who will be helpful members of society while providing a life for them that I never had.”