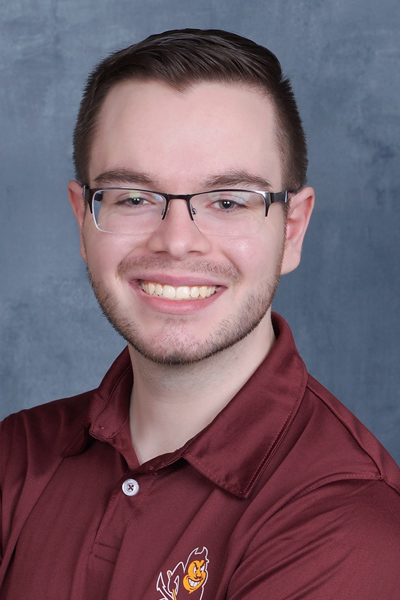 “From that point on, I knew I wanted to become an engineer,” he says.

At the Ira A. Fulton Schools of Engineering at Arizona State University, Rice became interested in the electronics and software involved in robotics, prompting him to major in computer systems engineering. He excelled in what he says some professors and academic advisors told him is “the most rigorous major” at ASU.

He was drawn to the field because it involves “the advanced hardware and software concepts used in technology everywhere, from microwave ovens to the space station and everything in between,” he says.

Rice’s pursuit of experience in those areas and his competitive spirit drove him to co-lead the software team for PYRO Robotics at ASU, become the software team lead and electrical team lead for the Sun Devil Robotics Club and vice president of ASU’s Rossum Rumblers Robotics Club. In two of his years with PYRO Robotics, the team qualified for VEX Robotics World Championship competition.

His service to the robotics community included developing a website and YouTube channel to help teach students of all ages how to program robots and to promote music and engineering concepts.

That education project involved providing a set of publicly available tutorials hosted on the Sun Devil Robotics Club GitHub to teach students how to set up their own computer, install the correct software and write their own software for robots.

Outside of engineering, Rice’s own musical endeavors have included playing trombone for the ASU Sun Devil Marching Band.

Rice, who earned a New American University Scholarship and made the dean’s list for six semesters, will be going on to Clemson University to earn a graduate degree in computer engineering with a focus on intelligent systems.

Rice foresees the result of his education at ASU and in grad school as “enabling me to design better computing and networking solutions for hundreds of millions of people,” he says, “and to positively impact many more people’s lives than I would if I pursued any other career.”