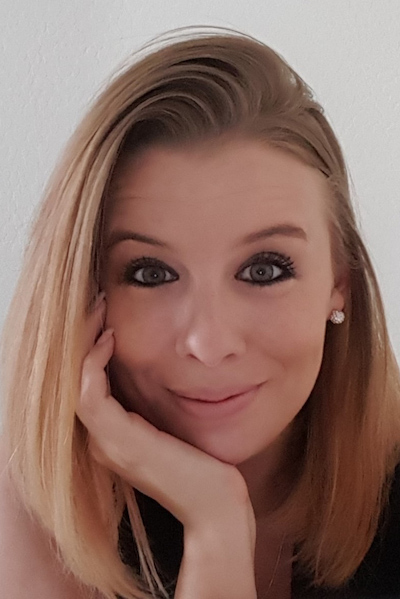 When Ashley Clark was selecting her major at Arizona State University, engineering was not on her radar. Once she learned that the major she selected was rolled into the human systems engineering degree program, she was hesitant.

“I was terrified in my first engineering class but by the end of it, I knew not only that I could do this, but that I wanted to be a part of the bridge between psychology and engineering,” Clark says.

Clark embraced the program and the doors it opened for her. She completed an entire research project from start to finish in the Fulton Undergraduate Research Initiative program and also became an undergraduate teaching assistant.

“As a UGTA, my biggest achievement is getting over my public speaking fears and having the opportunity to put the lessons from those public speaking classes into action,” Clark says.

In the classroom, Clark’s education was highly impacted by Associate Professor Rod Roscoe.

“He not only taught about the class material but about how to go beyond the material,” Clark says. “He has helped me to improve how I learn, how I engage with new information and how to take ownership of my own learning experiences.”

Later this fall, Clark will apply for graduate school. Her long-term career aspirations include inspiring the next generation of innovators, creators and entrepreneurs.

“The biggest thing that I will take with me is knowing that my personal growth and new opportunities to learn will not end here,” Clark says.

Clark’s college experience was chock-full of academic and personal achievements and she looks forward to building upon those successes in the next phase of her life.