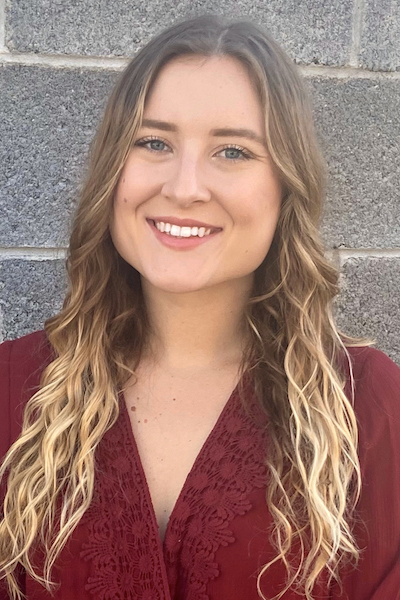 With strong interests in both psychology and engineering, Alexandra Wolff was certain about her choice of a major before she began college studies. Still, she was surprised — in a good way — by what she found.

“There are so many different areas of application for humans systems engineering. I had no idea it was such a versatile and important field when I first started,” Wolff says. “Every class I have taken has taught me something new and kept me excited about my major.”

The excitement has led her into the Ira A. Fulton Schools of Engineering 4+1 program to pursue a master’s degree in the branch of engineering she describes as “bridging the gap between humans and the technology they use.”

Graduate studies will enable her to expand on the research experiences she sought out as an undergraduate.

Wolff was a research assistant for projects in three different labs directed by Professor Nancy Cooke, one of the architects of Arizona State University’s human systems engineering program.

Through those efforts, she contributed to research on robotic, autonomous and interactive technologies for the U.S. military forces. As a result, she co-authored published research papers for two major engineering and science conferences and will soon be among authors of a paper to be published in a research journal.

“All of my professors have helped me to grow,” Wolff says, especially Cooke, who has been her mentor and whose work has been one of her biggest inspirations.

Wolff, who earned an ASU New American University President’s Award to support her college studies, also took on leadership duties with Phi Sigma Rho, the sorority for women in engineering. She served as a member of the executive board and as vice president of recruitment, among other roles.

Wolff especially liked the sorority’s work to support organizations such as the Leukemia and Lymphoma Society and hosting a STEM day for Girl Scouts troops that highlighted opportunities in science, technology, engineering and math.

“Women are the future of STEM and it’s important to inspire younger generations,” Wolff says.

The most motivating of her own educational experiences in the Fulton Schools were the hands-on learning activities.

“It made classes so much more engaging and fun, and taught me that I am capable of anything I set my mind to,” Wolff says.

She wants to use her skills to help “make interactions between people and technology better,” a step toward a larger aspiration “to be a part of making the world safer and more enjoyable for everyone.”