5 things we ❤ about robots

5 things we ❤ about robots 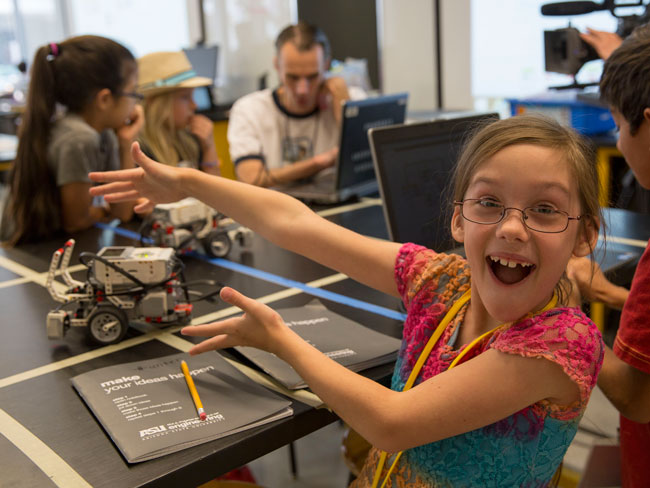 Robots are here to stay, in more and more ways everyday.

Engineers and scientists say it’s likely they’ll eventually be working with us, and for us, in most of our endeavors.

So in this Valentine’s Day season it’s time to express a little love for what robots are contributing to our lives. 5. Robots can protect us and provide important information by going places too threatening or too difficult for us.

Coordinated swarms of autonomous robots may someday soon be efficiently and affordably performing many beneficial tasks that would be more difficult and less safe for humans to do on their own.

They could play critical roles in disaster response, rescue operations and humanitarian aid missions. They could remove military personnel from danger, and allow us to embark on exploration or defense missions that would be too risky to attempt if we had to send people.

Unmanned maritime, aerial and ground vehicles have already proven to be productive and cost-effective in military operations — including surveillance, reconnaissance, transport, explosive ordnance disposal, mine clearance and security inspections.

In the future we will likely be relying on robot swarms to advance space exploration, to more accurately map and monitor our planet, deal with hazardous materials, construct things in remote or threatening environments, deliver cargo and reduce human workloads.

Spring Berman is an assistant professor of mechanical and aerospace engineering in the Ira A. Fulton Schools of Engineering. Her research on the modeling and control of multi-robot systems has drawn support from a U.S. Department of Defense research agency and the National Science Foundation. 4. Robots work with us to increase the effectiveness of our automated manufacturing systems.

These robots make their human counterparts the best they can be. They empower their human coworkers through flexible, easily configurable technology that relieves humans of repetitive and mundane tasks, which ultimately results in a safer and more productive work environment.

Jerry Gintz is a lecturer in the Fulton Schools of Engineering and active in industrial automation and manufacturing control systems technology. In particular, he has extensive industry expertise in programmable automation control systems, computer numerical control systems and robotic systems integration. 3. Robots can enhance or help restore our physical abilities.

After an injury, robots can be extremely useful as assistive or rehabilitation devices. Robots can assist patients to perform tasks that they are unable to perform on their own, or they can be used to train an individual in regaining the ability to perform movements, such as gait or grasping objects.

Marco Santello is a professor and director of the School of Biological and Health Systems Engineering in the Fulton Schools of Engineering. He is also director of the Neural Control of Movement Laboratory, which focuses on understanding the control of complex movements.

Robotics are used extensively in rehabilitation. In the absence of a physical therapist or trainer, for example, an individual may use a robotic device in the home environment. These devices can use sensing technology to assess the physical strength, fatigue level, limb function, heart rate, motion data and other information related to an individual, and adapt themselves by using this information to create a custom exercise environment tailored to that individual. For upper extremity exercise a device could, for instance, apply increasing levels of resistance as the user’s arm strength improves throughout long-term rehabilitative exercise.

Ramin Tadayon is a doctoral student researcher at the Center for Cognitive Ubiquitous Computing (CUbiC) in the Fulton Schools of Engineering. His research focuses on the design of gaming interfaces and feedback environments for at-home rehabilitation and training. 2. As we work to give robots physical and cognitive capabilities similar to humans, they help us better understand the abilities of our own brains and bodies.

Robots excel at accurately measuring variables at a very high speed. We can use robotic exoskeletons to measure human motion during walking, running, arm and hand manipulation and other movements. The information can give us significant insights into how our bodies work within a dynamic environment.

In scenarios involving people interacting with each other, we use robots to measure collaborative behaviors. Once we understand the principles of interaction and human collaboration, we implement control strategies for robots, to teach them how to safely interact and collaborate with humans.

As we make robots that are able to interact more closely with us, we must ensure human-robot collaboration is as seamless as possible. Someday it may be difficult to distinguish if an entity collaborating with you in a demanding task — for example, lifting a heavy object — is a robot or a human.

Panagiotis Artemiadis is an assistant professor of mechanical and aerospace engineering in the Fulton Schools of Engineering and director of ASU’s Human-Oriented Robotics and Control Lab.

Robots are great for luring youngsters into basic engineering. They get hooked and want to get involved in robotics. Before long they’re applying fundamental mathematics and geometry concepts and doing rudimentary mechanical design and computer programming.

In robotics competitions like the Arizona FIRST® LEGO League, they go beyond the technological aspects and learn research, teamwork and communication skills. More than that, they learn perseverance and how to bounce back from failure. Those are lessons that serve them throughout their lives. 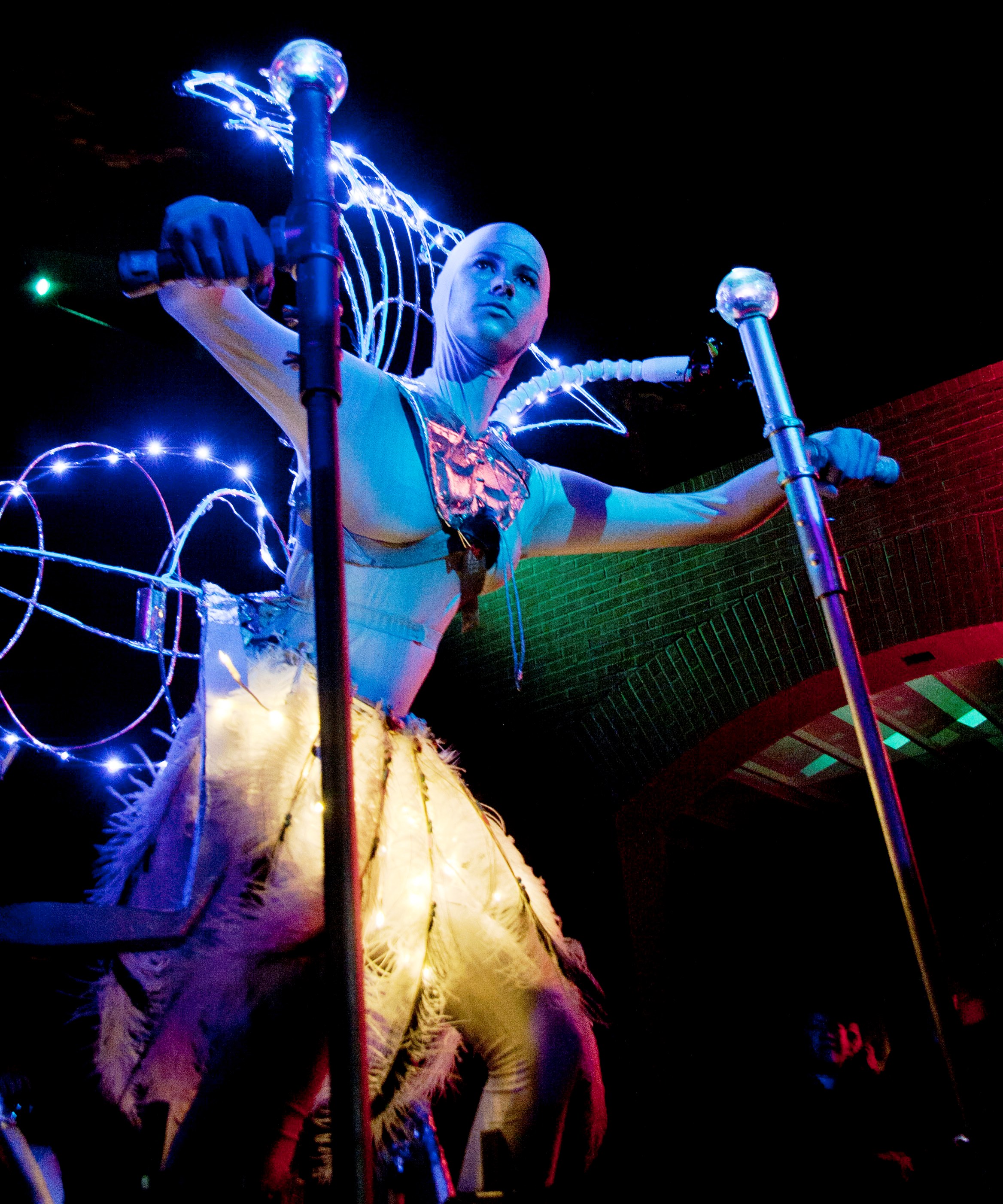 The Fulton Difference: Message from the Dean 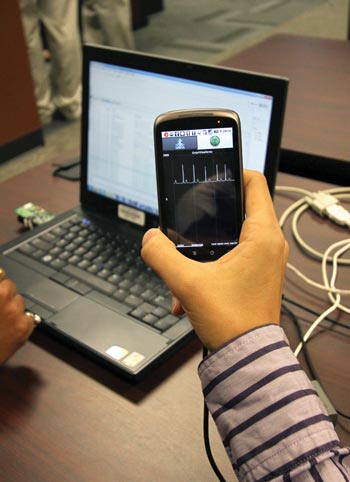 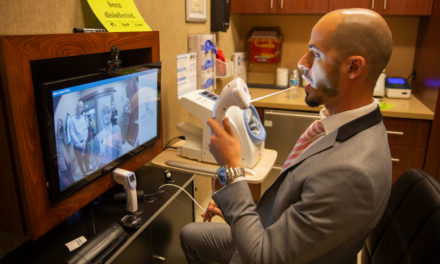