Nongjian (NJ) Tao is a winner of the Fourth Annual Innovation Award from Microscopy Today.

Each year, just 10 recipients are selected for the prize, which recognizes investigators whose work has made an outstanding contribution to the field. This year, the Innovation Award honored critical advances in light microscopy, scanning probe microscopy, electron microscopy and microanalysis.

“While many people are pushing the spatial resolution of microscopy, we are interested in creating new capabilities to image local chemical reactions at extremely fast time scales,” Tao says. “I am glad this effort has been recognized.” Xiaonan Shan, a postdoctoral researcher in the Tao lab carried out the experiments.

Tao is director of the Center for Bioelectronics and Biosensors at Arizona State University’s Biodesign Institute and a professor in the School of Electrical, Computer and Energy Engineering, one of ASU’s Ira A. Fulton Schools of Engineering. He is also the senior sustainability scientist with ASU’s Global Institute of Sustainability.

Microscopy Today is the trade magazine of the American Microscopy Society of America. The journal covers the depth and breadth of microscopic imaging techniques and features cutting-edge work from scientists in both the life sciences and physical sciences.

Charles E. Lyman, Editor-in-Chief of Microscopy Today, presented this year’s Innovation Awards at the annual Microscopy & Microanalysis trade show in Indianapolis. Innovation Award winners are featured in the current issue of the journal.

The magazine emphasizes that the featured innovations will make imaging and analysis “more powerful, more flexible, more productive, and easier to accomplish.”

Tao’s award recognizes his development of a revolutionary technique known as Plasmonic-Based Electrochemical Microscopy or P-ECM.  The method allows for the imaging of local chemical reactions of individual nanoparticles. To accomplish this, P-ECM determines the electrochemical current density from an optical signal generated from a phenomenon known as surface plasmon resonance, rather than from electrical measurement with traditional electrochemical detection methods.

The procedure involves placing the specimen on a prepared surface, which is coated with a thin metallic film. The sample is then illuminated with polarized light. This causes free electrons (or plasma) to absorb the incident photons, which are converted into a plasmon wave, which travels across the surface of the metal film. When the specimen under study interacts with the plasmon wave, there is a change in light reflectivity, which can be converted into an image.

P-ECM boasts a number of advantages. Chief among these are its speed, (it can complete imaging of samples on micro-second time scales), non-invasive character and compatibility with conventional optical microscopy.  These traits allow P-ECM to capture molecular phenomena in living systems, a significant advance in the study of biological features including protein interactions. It may also be applied in the development of new drugs or vaccines, in order to closely observe drug-target or antibody-antigen activity in real time.

Tao’s new approach is a label-free method that will enable researchers to observe minute features of specimens as well as study chemical reactions and charge-related properties in living systems with enhanced contrast, (using a modified approach known as P-EIM). The technique’s unprecedented speed will permit the imaging of molecular-scale interactions as never before.

Conventional optical microscopy methods can resolve samples down to a few hundred nanometers in size—small, but not sufficient to observe chemical reactions of nano-scaled objects directly. Other methods like atomic force microscopy, which make use of a scanning electrode, are too slow to capture the brisk pace of activity at the molecular scale and may interfere with the phenomena under study.

Tao is currently refining his plasmon-based microscopy under a grant from the Gordon and Betty Moore Foundation. In previous research, his group used plasmonic imaging to examine single cells, cell organelles, viruses and nanoparticles. His recent advances have extended the method by allowing electrical impedance imaging, significantly increasing image depth and imaging contrast, as well as permitting charge-related properties (for example, the transport of charged molecules or ions) to be investigated in living systems. 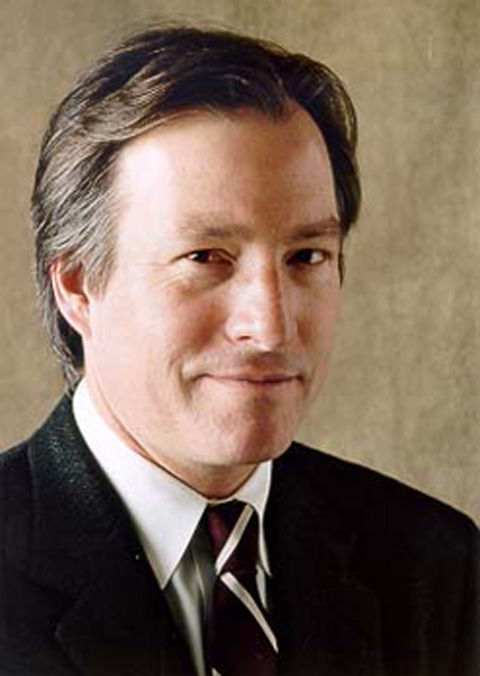 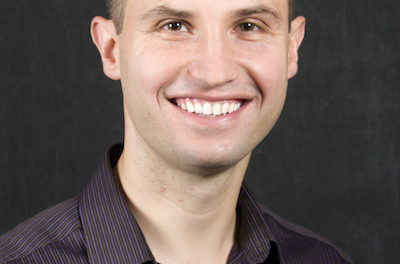 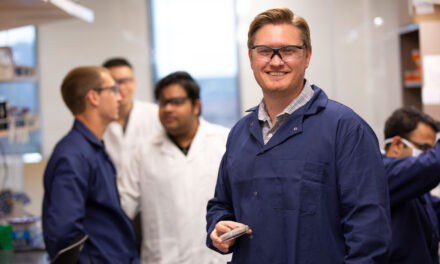