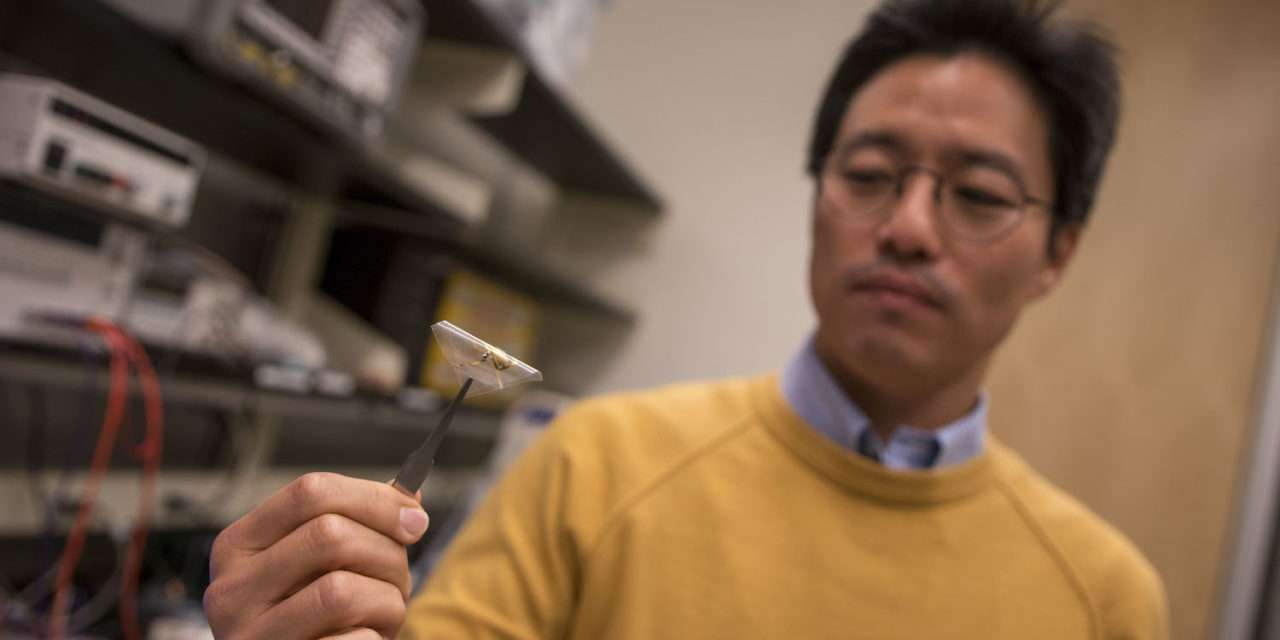 Above: Junseok Chae’s research to develop a wireless, fully passive brain implant for tracking multiple brain signals has caught the continued attention of the National Science Foundation, most recently earning him an $850,000 award for research in collaboration with Ohio State University and Florida International University. Photographer: Marco-Alexis Chaira/ASU 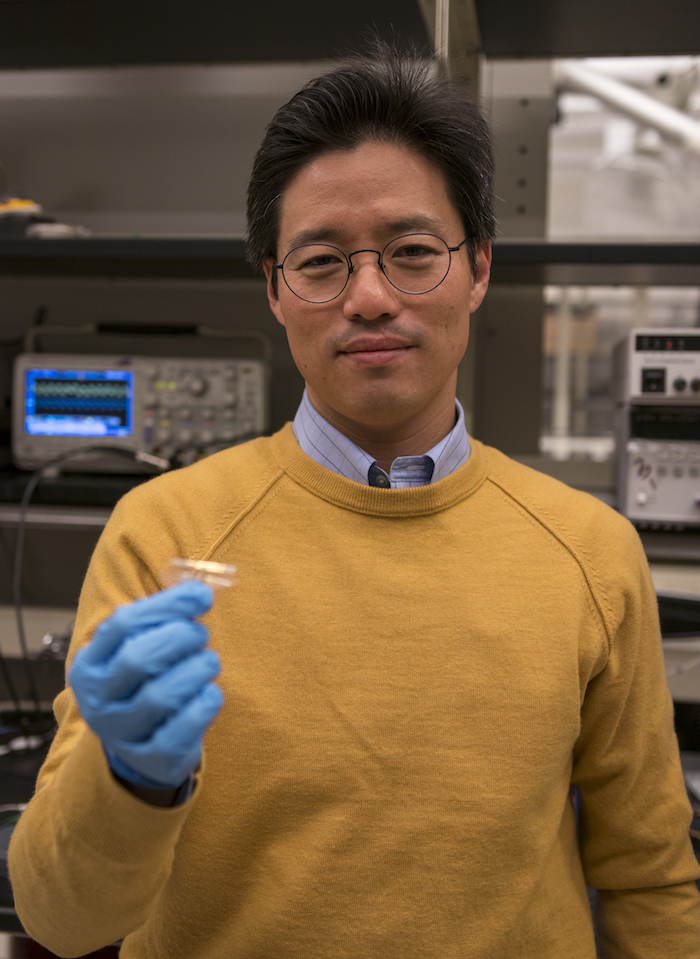 The complex network of signals in the human brain make us capable of amazing athletic feats and innovative ideas, but they can also cause debilitating problems such as seizures that make everyday tasks difficult. Advances in brain implant technology can help us better understand and monitor the brain’s signals and give hope to a better future for the treatment of neurological disorders.

Junseok Chae wants to use his expert knowledge of microdevices to help people with neurological disorders through wireless, passive neural recorders — safety minded brain implants. He believes current wired, battery-powered or energy harvesting implant technologies don’t meet the threshold of safety that patients deserve — and that he has a solution.

The Arizona State University Ira A. Fulton Schools of Engineering electrical engineering professor and associate dean for research is working to design and test a new kind of brain implant with researchers at Ohio State University and Florida International University that he hopes could one day help people who have neurological disorders such as seizures related to Parkinson’s disease. Chae is leading the effort to build the implant prototype while his research partners test its accuracy and effectiveness in measuring brain signals.

This interdisciplinary team — whose expertise covers electrical engineering as well as signal processing and social and behavioral science — behind the project, “Fully passive and wireless multichannel neural recording for chronic in-vivo studies in animals” recently earned their latest three-year, nearly $850,000 award from the National Science Foundation.

A safer way to monitor the brain

Think of a tranquil ocean — teeming with life and activity under the surface, but seemingly calm above. What’s underwater tends to stay undetected as we look from above the surface. The brain’s activity can be similarly opaque. Brain signals are rather isolated inside our heads as the scalp, skull, and the water content, called cerebrospinal fluid, in the brain significantly attenuate, or reduce, signals from outside getting in to detect what’s going on inside.

Electroencephalogram, or EEG, technology can get through those barriers from the outside for the strongest of signals — like the sight of a whale swimming just below the surface. While good for some applications, implants are needed to detect weaker signals blocked by the brain’s outer protective layers, just as one needs to get in the water to see smaller fish.

However, putting an implant in the brain currently poses many risks for a patient. Most brain implants today incorporate wires and cables to route the brain signal inside to the outside of the brain. Many research reports propose battery-powered implants to avoid wires and cables, and the battery is often located outside a patient’s head, inside the skull or under the scalp. This positioning still exposes inner tissues in a way that can lead to serious infection.

“The problem is, if a battery leaks it’s not easy to replace — who wants to go through open skull surgery just because of a battery?” Chae said.

Chae is working on a wireless design that involves fully isolated, fully passive parts so there are no points of electronics-associated failure in the implanted device.

“You don’t want to use an implant unless you have to, but when you do, wireless fully passive [implants] shine,” Chae said. “We want to have a self-contained unit inside the skull without wires coming out or failure sources inside the brain.”

This type of device relays brain signals similar to how a sonar in a fishing boat sends acoustic waves into the ocean that reflect back the presence of fish and other underwater objects.

The 4 mm x 12 mm x 0.2 mm implant design uses an external antenna that emits electromagnetic waves — same as a mobile phone — to a tiny antenna on the implanted device. A small electronic device on the implant called a varactor then combines the incoming electromagnetic signal with brain signal and reflects both back to the external antenna in a process called backscattering.

Having a passive, wireless device in the brain helps keep complex electronics on the outside where they don’t pose a safety risk.

“I can make a complicated and humongous system outside the brain, not a problem — if that fails, it’s fine, I can fix it,” Chae says. “I just don’t want to have any complex things inside the brain.”

Backscattering is not a powered method of signal collection — it’s just a reflection of the signal that attenuates, or weakens, as it travels through the brain’s protective layers — so the device does lose some signal quality.

Chae believes the increased safety makes the compromise in performance worth it for certain applications, like seizure detection for people with Parkinson’s disease where the signals are strong enough to be detected by this wireless fully passive technology.

While such technology is likely decades away from use in humans, Chae has high hopes for what it could do to help people with neurological disorders regain their daily routines.

The external part of the system Chae speculates can be embedded in a baseball cap or clothing to conceal it, and has the potential to also deliver electrical stimulation to dampen some of the neurological disorder symptoms based on the brain signals detected. 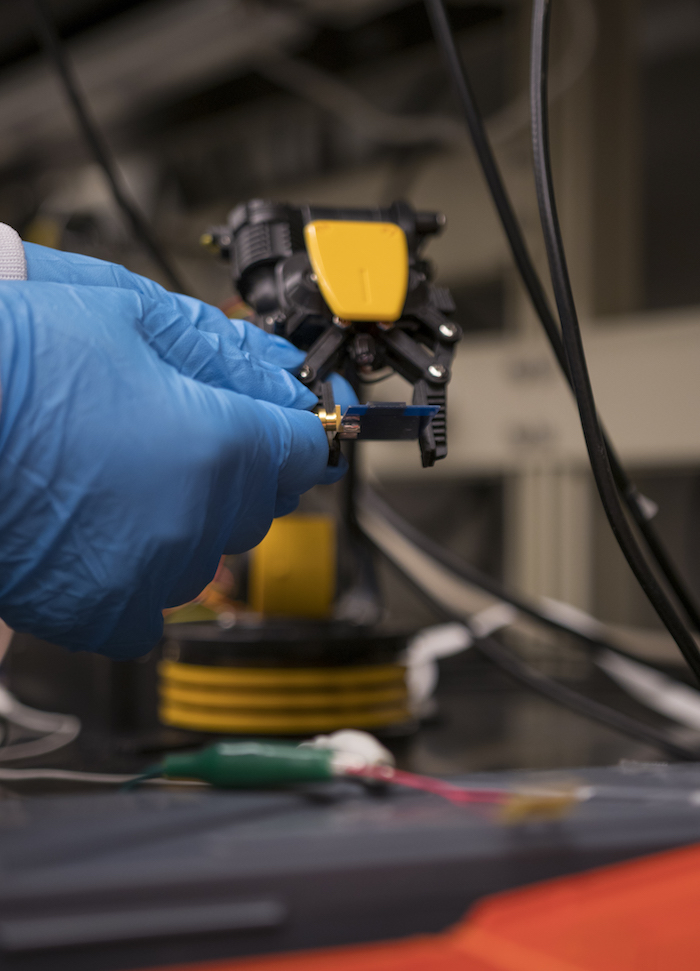 Building on a strong foundation

Chae’s believes his work to create a new type of medical telemetry device is why the NSF continues to show interest in his research.

“Very few wireless fully passive biotelemetry exists,” Chae said. “People have studied wireless ‘passive’ telemetry in the past, which does not have a battery, yet the active electronics on the implant require active power, which is supplied externally, such as inductive coupling.”

The reason very few wireless fully passive technologies exist, Chae said, is due to a few key reasons, among others. The dense and complex circuitry on the implant is prone to failure and requires that the external and internal implant be aligned precisely in order for it to work. Scaling the device down to a small implant is also difficult, as effective power transfer requires the implant to be relatively large.

However, Chae is hopeful the work his team has done so far and the developments they hope to achieve will help overcome these challenges as they continue their funded research.

All these wireless and fully passive electronics are useless without the knowledge of what brain signals mean from researchers at OSU and FIU, Chae said.

Chae will lead the design of the implant’s biotelemetry, antenna and device, as well as manufacturing the implant prototype using micro electrical mechanical system, or MEMS, technology at ASU’s NanoFab facility, while his academic partners at OSU and FIU lead the testing to move the implant’s new capabilities beyond the theoretical to the experimental in animal models.

“If you don’t understand what the brain signal is for, it’s useless,” Chae said. “Without such collaboration [with OSU and FIU], the importance of the device and the telemetry and the system cannot be verified or validated.” 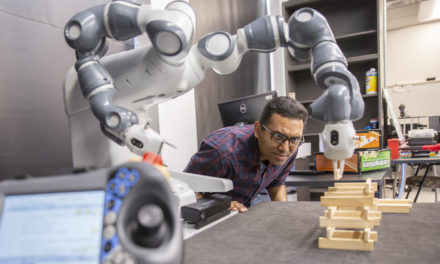 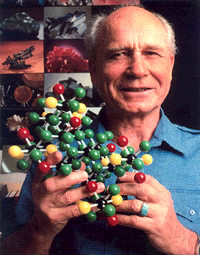