The life and career of computer science professor Gerald Farin 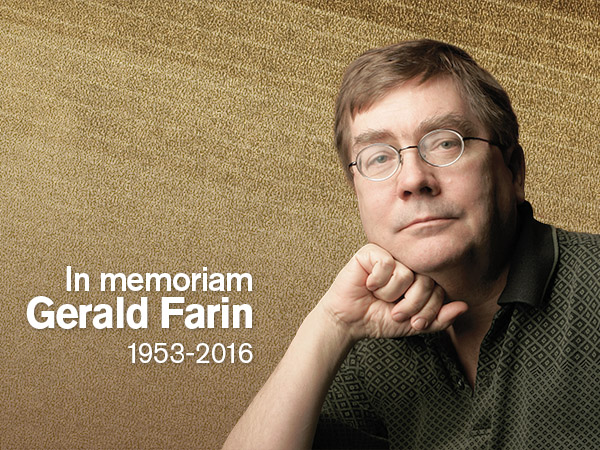 Gerald Farin, computer science professor and internationally renowned geometric modeling researcher, passed away Jan. 14. He pioneered the field of geometric modeling and helped elevate the Ira A. Fulton Schools of Engineering’s computer science program to be one of the best during his 29 years at Arizona State University. He is survived by his wife and collaborator, Dianne Hansford, and left lasting impressions on those who knew him throughout his career.

Gerald’s introduction to geometric modeling was serendipitous. While working on his Ph.D. at Technical University Braunschweig under Professor Wolfgang Boehm, Gerald was assigned to read and present a paper written in French, chosen because Gerald could read French. It was a paper about 3D modeling for car design by mathematician Paul de Casteljau of the French automaker Citroen. This simple assignment launched a lifelong career.

Upon obtaining his Ph.D. in mathematics from Technical University Braunschweig, Gerald set out on his geometric modeling path. He went where the action was for computer graphics in the 1970s: the University of Utah.

After joining the mathematics department as a teaching fellow in 1978, Gerald began what would become a nearly 20-year collaboration on geometric design with Robert E. Barnhill, then professor at the University of Utah.

“Gerald developed his very important research on how to develop Bernstein-Bezier polynomial patches over arbitrarily shaped triangles,” Barnhill said. “Smooth sets of triangular patches are essential for interpolation and approximation of real-world data.”

With this work and in collaborating with others, Gerald helped the field known as Computer Aided Geometric Design (CAGD) rise to prominence by the 1980s.

Gerald’s skills were put to use in the automotive industry in 1980 when he went to work in the CAD/CAM development team at Mercedes Benz in Stuttgart, Germany. Mercedes had some of the most advanced tools in the automotive industry. Here Gerald created complex mathematical tools for designers who had no mathematical training. Gerald was able to study designers’ methods and translate them into mathematics and software tools — a skill that would help him bring geometric design to many scientific disciplines later in his career.

Though he worked in industry, Gerald remained devoted to his research. He stayed up late to write papers, which led him to return to the University of Utah in 1984 as an assistant professor in the mathematics department. Here he rejoined Barnhill, who had become the head of the university’s Mathematics CAGD research group. This influential team moved to ASU in 1987. Before Gerald and Barnhill’s team arrived at ASU, CAGD wasn’t a topic researched or taught much at the university, said Anshuman Razdan, professor at the School of Computing, Informatics, and Decision Systems Engineering, who was both a student and a colleague of Gerald’s. But once the internationally recognized Gerald arrived, the topic area took off as students flocked to take his classes.

“Gerald had a way to set the bar high for his expectations from the graduate students without conveying as much; we all knew we did not want to disappoint Dr. Farin with our results,” Razdan said. “At the same time he was compassionate and understanding, spending as much time on the whiteboard with his beautiful sketches to help explain away the complications and complexities of the topic of the day.”

His reputation as a leader in his field helped encourage more faculty to join and expand ASU’s computer science program. He was influential in growing and improving the academic quality of the graduate program as part of the graduate committee. Today the computer science program is ranked 22nd in the 2015 Academic Ranking of World Universities in the U.S. and 32nd internationally by the Center for World-Class Universities at Shanghai Jiao Tong University.

Sharing his expertise with the CAGD community His prominence in the CAGD field also was helped by his involvement in leading journals and groups. Gerald’s journal-editing career began when he helped Barnhill and Boehm on the “Computer Aided Geometric Design Journal” the pair created in 1984, serving as what Boehm called “the undercover editor” — essentially managing it behind the scenes.

Later he became co-editor-in-chief of the CAGD Journal, a position he held for two decades and left a lasting impression on his partner, Co-Editor-in-Chief Hartmut Prautzsch, who remarked, “Gerald, with his books and long service for the journal, has been a personification of the CAGD field. He had a unique ability to present things simply with a distinct sense of aesthetics, a clear opinion and a certain humor. His emails were beautifully minimalistic and to the point.”

In addition to CAGD Journal, he served on the editorial boards of the “Computer-Aided Design,” “The Visual Computer” and the Springer series “Mathematics and Visualization.” At the start of his ASU career, he was a key figure in starting a special interest group in Geometric Design within the Society for Industrial and Applied Mathematics (SIAM) and served as secretary and later chair; he also was managing editor of SIAM’s book series, “Frontiers in Geometric Design.” He was a member of scientific boards including the Arizona Alzheimer’s Research Center and, most recently, the scientific board for mathematics research center MATHEON in Berlin. His own publishing record is impressive, with Barnhill and his University of Utah colleagues commenting that Gerald is probably the most published person in CAGD and related fields. He published more than 100 papers, and nearly 30 books, of which his “Curves and Surfaces for CAGD” is considered a seminal work.

Gerald and Dianne, also a geometric modeling and CAD/CAM researcher, wrote other widely used books together, including “Practical Linear Algebra – A Geometry Toolbox,” “The Essentials of CAGD,” and “Mathematical Principles for Scientific Computing and Visualization.”

Daniel Collins, professor at ASU’s School of Art whom Gerald would work with later, saw firsthand how important and widespread Gerald’s textbooks were to others in geometric modeling.

“When talking with one of the principal computer scientists at 3D laser scanning company Cyberware in the 1990s, I asked them what texts were the important references in their field,” Collins recalled. “Without prompting and without hesitation, the scientist reached up above his desk and pulled down Gerald Farin’s early book from 1987 entitled ‘Geometric Modeling: Algorithms and New Trends.’ Gerald’s early insights at the intersection of computation and mathematics were appreciated by researchers across many fields.”

Gerald even held a patent with Razdan and Liyan Zhang for 3D face authentication based on bilateral symmetry analysis.

Gerald was committed to passing along his knowledge of CAGD in person as well. He taught many geometric modeling tutorials and gave more than 100 lectures worldwide. At ASU he taught classes on introductory and advanced CAGD, theoretical computer science and informatics.

Dianne and many colleagues remember him as being a great educator who could simplify complex ideas.

“Gerald was a really good speaker,” Dianne said. “He had a good way of getting the essence of ideas and thinking about different ways to teach ideas.”

Bringing computer science to other disciplines

His ability to translate highly complicated ideas and create tools for designers without computer science or mathematical expertise made him a pioneer in bringing CAGD far beyond the computer science department. Through founding the Partnership for Research in Spatial Modeling (PRISM) research center at ASU with Collins, he brought geometric modeling to the arts, anthropology, and other scientific disciplines.

Barnhill assisted the PRISM effort in bringing together five deans for the initial funding while Gerald thought of ways for others to use the tools of computer science to accomplish their goals.

“From the beginning, Gerald was central to PRISM’s research agenda and, along with myself, served as PRISM’s co-director for many years,” Collins said. “The lab, building on the significant work of the CAGD lab, continues to attract research from discipline specialists across campus and the private sector.”

Out of the PRISM research lab he was influential in creating the Decision Theater with ASU President Michael Crow. This center helps researchers and leaders to visualize solutions to complex problems.

The interdisciplinary nature of PRISM allowed Gerald to really use his skills as a theorist and idea person. This also helped in his work with Dianne as consultants. Here Gerald worked to describe and understand shape in many application areas including prosthetic modeling, bifocal/trifocal lens design and tactile laser scanning software.

Gerald’s research throughout his career and with PRISM was supported through more than $15 million across more than 40 grants.

Loved and remembered by faculty and students

Colleagues and students at ASU remember Gerald fondly as a true visionary and role model who devoted his life to scientific research. He was a mentor who supported those who needed his help with generous advice and encouragement.

He not only taught and gave advice — and supervised around 60 student theses and dissertations — he also learned from his students, Dianne remembered.

“He was always inspired by working with his students,” Dianne said. “He designed well-crafted homework assignments that would stimulate research ideas. And a student’s mistake might spark a new way of thinking about a problem.”

It wasn’t all geometric modeling all the time for Gerald either. He enjoyed running, which he did with Dianne wherever they went. And as with everything else, he helped others exercise. Barnhill recalls Gerald setting soccer goalposts in concrete at a field in Salt Lake CIty.

He and Dianne also loved to cook and enjoyed gourmet dining, traveling, and attending the Arizona Opera. He met up with friends from his college dorm in Germany every year and took the time to cook and enjoy good food and wine with colleagues. Collins remembered a time when visiting Gerald in Germany for a talk that Gerald took him on a “foodie” tour as well.

“In addition to our time exploring the intersection of art and computer science, we spent some memorable days driving around the German countryside, sampling the wines, pâtés and cheeses from some of his favorite outdoor restaurants,” Collins said.

And still as he took the time to meet with his students and colleagues for academics and for fun, he maintained an international reputation as a geometric modeling leader. People who design cars and many other things through computer-aided modeling in the future will depend on his work.

“Those of us who came to know him personally, studied under his guidance and worked with him as a colleague created a lasting bond with him,” Razdan said. “We hope that all of us, through that immense bond, continue to be inspired to make scholarly and personal advances as he would have motivated us to do.”

The “Gerald Farin Memorial Fellowship” has been created to assist deserving graduate students. Anyone who wishes to contribute to this fellowship can send gifts payable to the ASU Foundation to:

When contacting Margo please state if the gift is going to the Gerald Farin Memorial Fellowship. 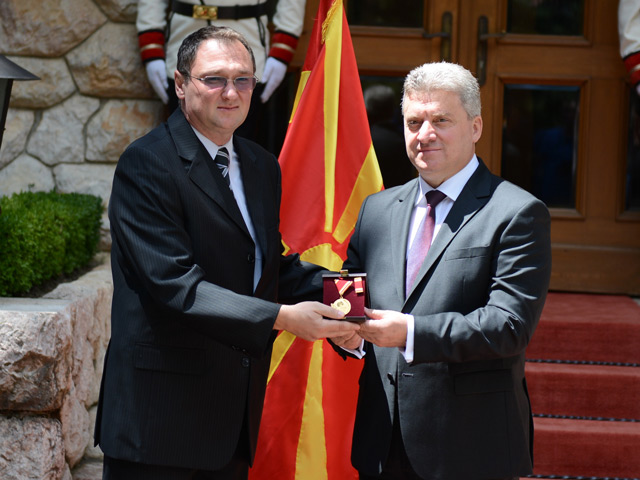 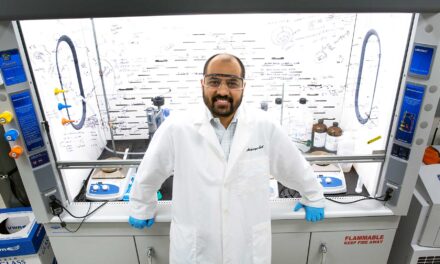 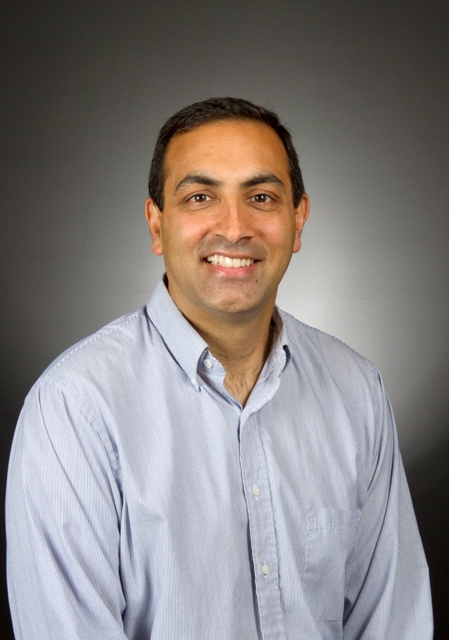