A mind for use-inspired research, a focus on teaching real-world applications and a goal of bettering society makes Kozicki stand out among his peers 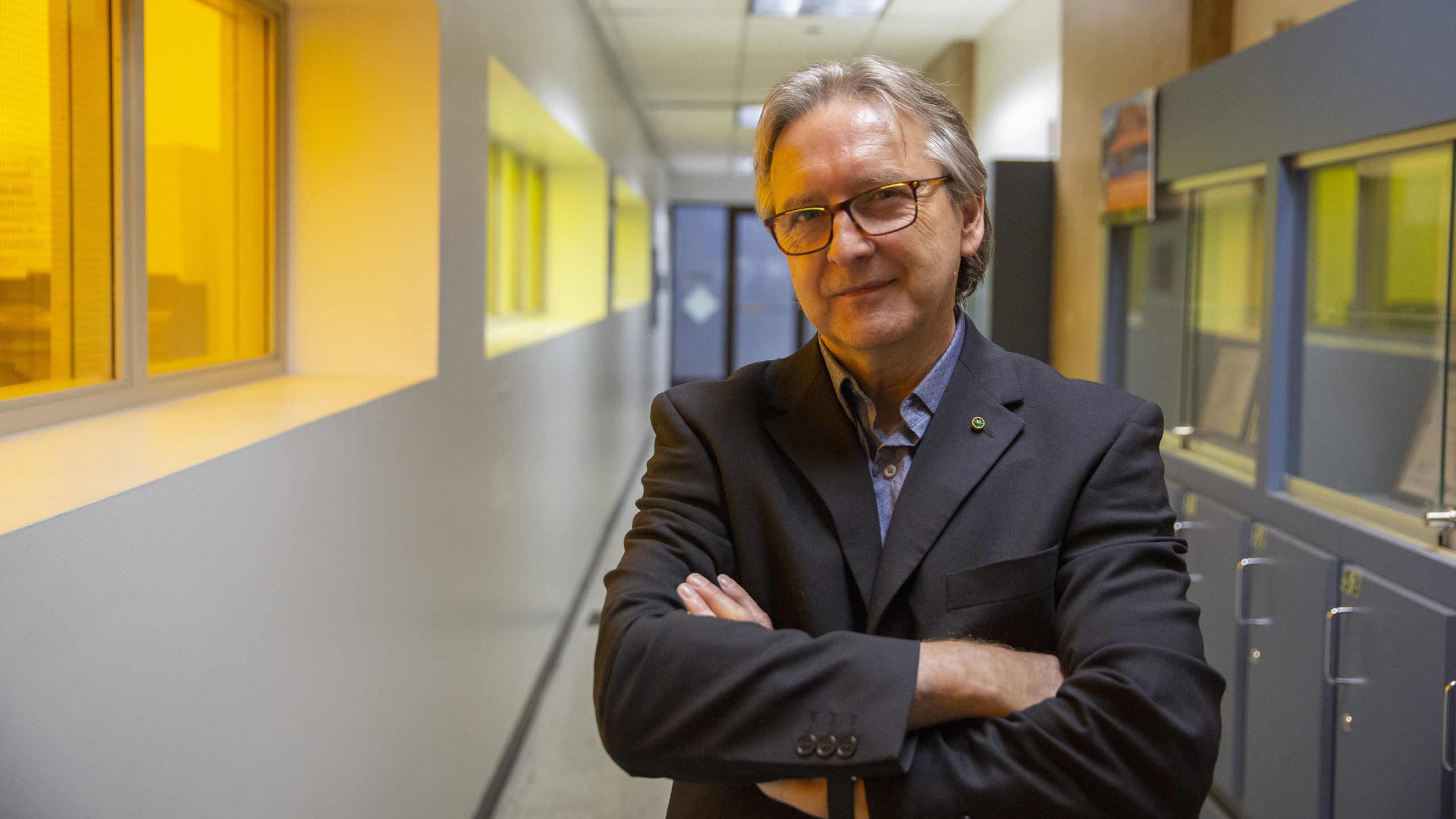 Above: Professor Michael Kozicki's impactful career in research and teaching that benefits society and his students earned him the Joseph C. Palais Distinguished Faculty Scholar Award, a prestigious honor for electrical engineering faculty in the Ira A. Fulton Schools of Engineering at Arizona State University. Photographer: Connor McKee/ASU

For Michael Kozicki, a prolific engineering career doesn’t just mean spending time in the lab. The professor of electrical engineering in the Ira A. Fulton Schools of Engineering at Arizona State University makes sure his work benefits both his students and society at large.

The award is named in honor of Joseph C. Palais, a longtime ASU advocate and presence in the Fulton Schools. Palais, a faculty member at ASU for 47 years before his retirement in 2011, is now professor emeritus and chair of the electrical engineering graduate program.

Kozicki says he was “stunned” but “honored and delighted” to receive the honor, “considering the quality of the previous recipients.”

Stephen Phillips, director of the School of Electrical, Computer and Energy Engineering, one of the six Fulton Schools, says Kozicki embodies the spirit of innovation and use-inspired research at the heart of his school’s mission.

“Michael is an excellent example of what a researcher can accomplish by focusing on developing beneficial solutions for society,” Phillips says. “His commitment to sharing his entrepreneurial experience and training the next generation of electrical engineers in his teaching, mentoring and research continues to raise the reputation of our electrical engineering program.”

Kozicki is perhaps most well known for his research into memory technology. In the past decade, he led the early development and commercialization of Conductive Bridging Random Access Memory low-energy memory technology, now widely known as CBRAM, which inspired the research community.

“A large amount of research and development activity worldwide has sprung out from our pioneering work in this area and several new technologies have emerged from this,” Kozicki says.

He is a big believer in creating technologies that are useful to society and “don’t end up stagnating on the pages of some barely read journal.”

“Before I got all ‘entrepreneurial,’ I only had a few hundred citations to my work. I now have well over 13,000 and my h-index sits at 52,” Kozicki says, referring to the score researchers use to compare productivity and influence with peers. “Proof positive that entrepreneurship can be a positive factor in a successful academic career.”

Hugh Barnaby, a professor of electrical engineering who has collaborated with Kozicki on memory technology research, praises Kozicki’s ability to translate his ideas into actual technological advances.

“Many engineering professors model their work and do things on paper, but Michael actually makes microelectronics,” Barnaby says. “That’s what makes him unique because not a lot of people can do that. He takes great pride in his work, and his students and collaborators benefit from it.”

Kozicki’s influential work has led to many awards and honors, including being named Fellow of the National Academy of Inventors in 2014.

He holds 56 U.S. patents and 32 international patents for a variety of inventions ranging from the first cleanroom-compatible wheelchair to bio-inspired anti-counterfeiting technologies.

Kozicki’s research success is in part due to the ultimate expert: nature. Natural processes such as how branched nerve cells and synapses transmit impulses are excellent guides to how technology can efficiently solve problems.

“In particular, I’ve become obsessed with dendrites — fractal branching structures that have some really interesting and hitherto untapped properties,” Kozicki says. “I believe that these have applications in anti-counterfeiting, anti-tampering, secure track-and-trace and cybersecurity.”

He expects the dendritic identifier technology he’s now working on will be “even bigger and more widespread” than his CBRAM technology, especially as it relates to identifying counterfeit goods from fake brand-name clothing to fake aircraft parts.

“These don’t only lead to economic damage approaching trillions of dollars but can put people’s safety and well-being at risk,” Kozicki says.

The technology also holds promise for the agricultural supply chain. Kozicki is working with organizations to implement the technology to help prevent costly recalls associated with contamination-related illness outbreaks.

Sharing knowledge and training the next generation of engineers

Kozicki didn’t originally intend to become such a long-serving professor. He came to ASU to set up the solid-state electronics facilities (now known as the ASU NanoFab Core) after working in industry at Hughes (now part of Raytheon) in the United Kingdom. He had planned to get the facilities functioning then return to industry after a few years.

“But I fell in love with the place and saw great potential in the institution and its students, so I’ve ended up staying for almost 35 years now,” Kozicki says.

“Both [courses] are designed to provide the best possible preparation for careers in the semiconductor industry and the maximum possible skills differentiation,” he says.

Kozicki prioritizes real-world examples in his teaching, especially ones that include the economic and cost analyses involved in engineering. His industry and startup experience make him keenly aware of these aspects as they relate to electrical engineering concepts and better able to implement them in his courses.

He considers these classes and the senior design program he directs to be a “finishing school for electrical engineers,” providing them with the soft skills and technical skills required to succeed in industry.

Kozicki’s strengths in teaching and advancing the Fulton Schools’ mission earned him the 2019 Daniel Jankowski Legacy Award. The award’s namesake had a strong commitment to mentorship, quality instruction and program development that Kozicki also personifies.

Barnaby says Kozicki embodies everything a great professor should be.

“His infectious sense of humor, coupled with his Scottish brogue, hides from his students how tough he really is as a teacher. He demands a lot,” Barnaby says. “As a junior colleague of Michael’s for many years, I have learned so much from him — how to engage students in learning with just the right amount of guidance and pressure, how to work well, hard and ethically, how to keep things fun. Michael is one of the School of Electrical, Computer and Energy Engineering’s best and is very much deserving of the Palais award.”

Murali Balakrishnan, a senior manager in emerging memory technology development at Micron Technology who was a graduate and doctoral student of Kozicki’s in the early 2000s, considers Kozicki a great teacher and mentor. Balakrishnan says he found a sense of purpose in pursuing a career in semiconductor technology thanks to Kozicki’s advanced silicon processing course, and learned many useful skills as part of Kozicki’s CBRAM research.

“I was fortunate to be one of the early students in the promising CBRAM ultra-low energy data storage technology research,” Balakrishnan says. “This great experience under the excellent guidance of Dr. Kozicki helped make me more marketable in my industry job search.”

As a manager, Balakrishnan tries to emulate what he learned as a student in Kozicki’s lab, especially in skills on the softer side of technology such as due diligence and treating all people with respect.

“Dr Kozicki is really unique in integrating core values and skills in his research program that will make you successful in industry, regardless of your career choice,” Balakrishnan says.

Deepak Kamalanathan is a senior manager at Applied Materials researching emerging memory based artificial intelligence technology who earned his master’s and doctorate degrees under Kozicki’s mentorship in the mid-2000s. He says Kozicki stood out among his professors with his deep subject knowledge and sharp business acumen.

“When he teaches, you are bound to listen,” Kamalanathan says. “He’s the only speaker conferences can schedule right before lunch and still keep the audience engaged at that time.”

Kamalanathan also appreciated Kozicki’s focus on soft skills such as communication and methods that balanced the priorities of commercialization and innovation in the world of technology.

“It’s easy to get engulfed in either of the two and that can be trouble,” Kamalanathan says. “I learned how to balance them from him.”

Kozicki’s educational efforts go beyond the classroom to teaching the community through various outreach and service activities.

“I feel that reaching out to the public and helping them to understand the nature and impact of our work is an important service activity,” Kozicki says. “I try to do this wherever I can.”

He believes the goal of a career as an engineer, whether in academia or industry, is to make the world a better place.

“Engineers are supposed to serve society and make life longer, better and more fruitful for all,” Kozicki says. “If we’re not doing that, we should find another career.” 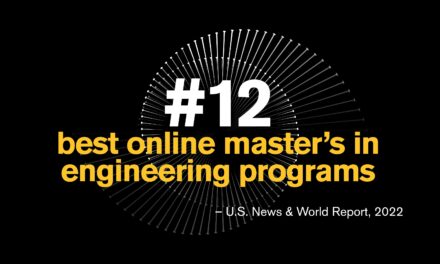 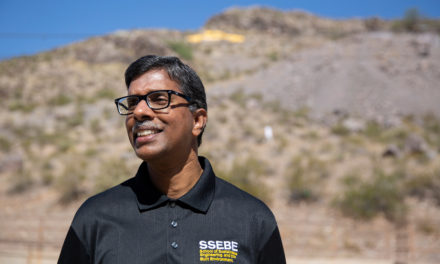 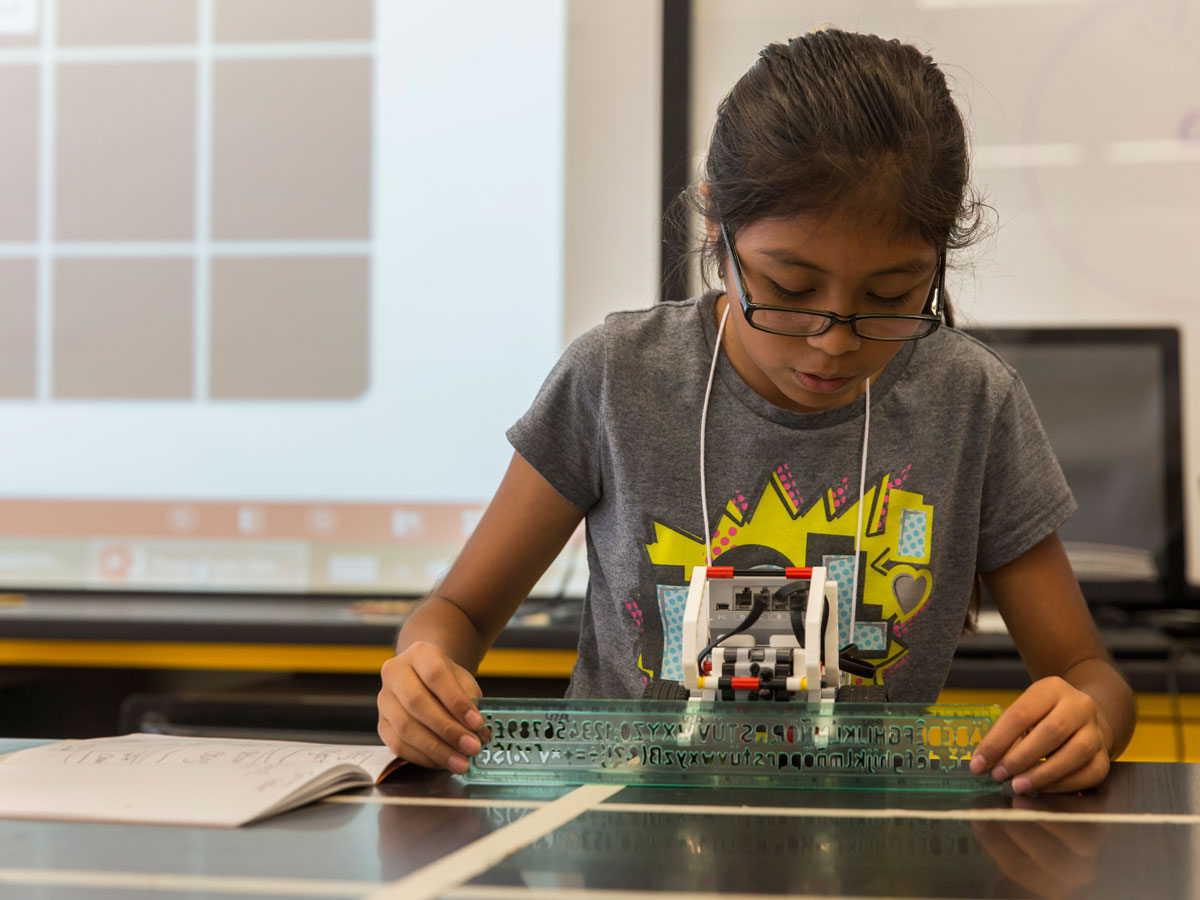