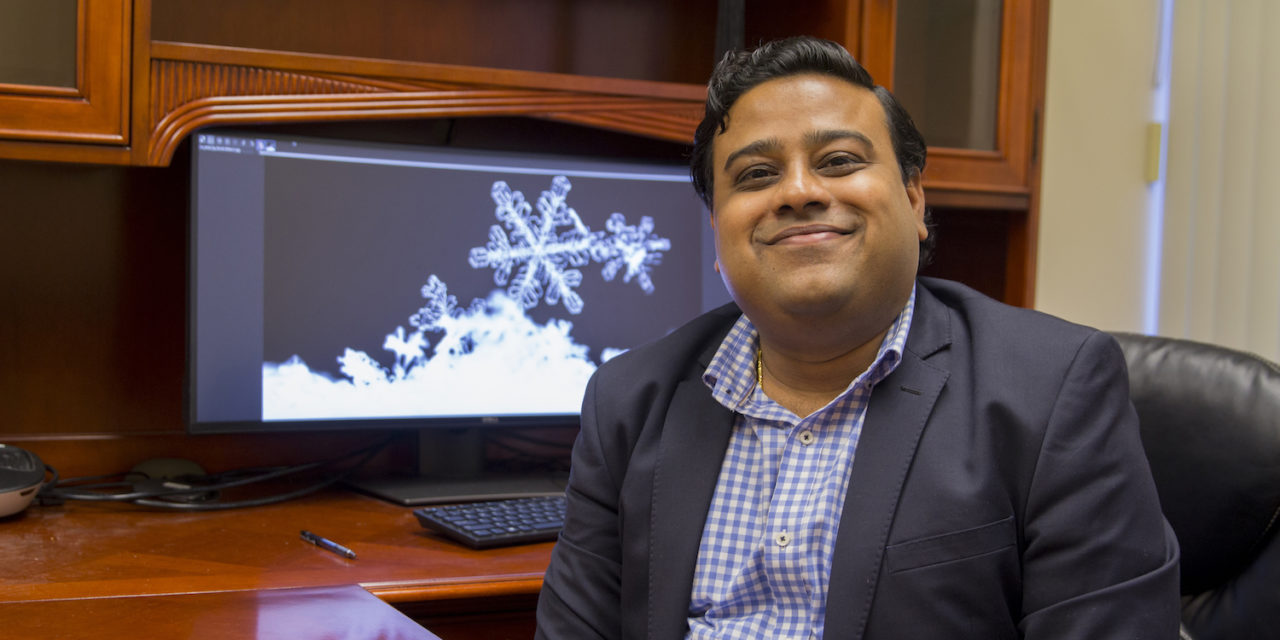 Above: Assistant Professor Kumar Ankit studies the simulation and modeling of metal solidification with the goal of improving manufacturing processes and material properties. Photographer: Monique Clement/ASU

You’ve probably heard that every snowflake is different. Each snowflake’s unique pattern comes from the process by which water changes from a liquid to a solid phase.

Arizona State University researcher Kumar Ankit does not study snowflakes, but these crystalline structures are a good way to help understand the research he has been working on for the past four years with Florida Institute of Technology researcher Martin Glicksman.

A better understanding of how patterns are formed when metals crystallize could one day prove especially valuable for additive manufacturing, improving the quality of metal casting for critical infrastructure or helping form specific patterns that yield desirable properties in metals.

“If you want to tailor the mechanical property of the component, we need to know the structure,” says Ankit, an assistant professor of materials science and engineering in ASU’s Ira A. Fulton Schools of Engineering.

Historically, the resulting microscopic structures of a solidified material were thought to be random, or stochastic, with no way to actually control them.

In the lab, scientists study metal solidification by starting with solid nuclei. The metal will then start to solidify and form a dendritic pattern around the nuclei, but the morphology of this pattern isn’t predictable due to terrestrial noise, such as sound vibrations or disturbances that act upon the solidification growth front — in other words, create random changes to the expected pattern.

“In fact, we consider the growth to be stochastic because on Earth you always have vibrations from gravity, sound, thermal changes and other external agents that lead to this random nature,” Ankit says.

Let’s go back to the snowflake example. When you look very closely at a snowflake, you might notice its branches aren’t exactly symmetrical. The smaller branches coming off each of its six arms do not precisely mirror each other. Scientists have long posited that changes in temperature or sound can account for these differences in the symmetry of a dendritic structure, including in those that form when metals solidify.

In the late 1990s, Glicksman, an expert in mechanical engineering and materials science, sought to eliminate many of these disturbances by performing a metal melting and solidification experiment in the microgravity of space aboard NASA’s Columbia space shuttle.

Glicksman found that instead of achieving symmetry during the metal’s melting and solidification in space, the dendritic shape that evolved was unusual. This led Glicksman to think the vibrational disturbances, such as noise, were not the only agents that govern the formation of dendritic patterns.

Glicksman hypothesized that a small energy source called the bias field that occurs at the juncture between a material’s solid (crystal) phase and its liquid (melt) phase was responsible for the patterns formed in the solid metal. However, Glicksman’s idea didn’t catch on with other scientists in the field, who continued to advocate that the morphological evolution of dendrites is essentially a noise-mediated process influenced by vibrational disturbances.

Simulations back up the theoretical

A few years ago, Glicksman teamed with Ankit to develop a simulation-based technique for validating his findings from the microgravity experiments and to study the bias field’s impact on pattern formation during metal solidification.

“The bias field would determine the points at which arms [branches] form in a dendritic structure,” Ankit says. Thus, patterns would no longer be random, or stochastic — they would be predictable, or deterministic.

The so-called bias field is essentially an energy field that exists on the interfaces between the liquid and solid phases. According to Glicksman and Ankit, the curvature of the solid-liquid interface determines the bias field’s intensity, which in turn governs dendritic pattern formation.

Ankit set out to measure the curvature of the solid-liquid interface using 3D calculations. Since these calculations can take days to complete, Ankit harnessed the high-performance computing resources available at ASU to develop a numerical approach for simulating the influence of the bias field on grain boundary grooves, or the space between the solid crystals that form in a metal’s solid structure. The ability to calculate the bias field allows researchers to predict a metal’s dendritic structure, and therefore predict the properties of a metal in its solid form.

FIGURE 1: Between solid crystals that form when metals solidify are what are called grain boundary grooves. The angle at which the solid crystals and liquid melt meet (the triple point, or thermodynamic equilibrium) depends on bias field energy. Kumar Ankit used simulations to study the evolution of grain boundaries in solidifying metals to confirm the effect of the bias field predicted by Martin Glicksman. Graphic by Erika Gronek/ASU based on the original in “Measuring solid-liquid interfacial energy fields: diffusion-limited patterns” in the Journal of Materials Science

In his extensive simulation-based study, Ankit found that his computations of the intensity of the bias fields along the solid-liquid interface, also known as the dihedral angle, matched with the ones predicted by Glicksman’s bias field theory. 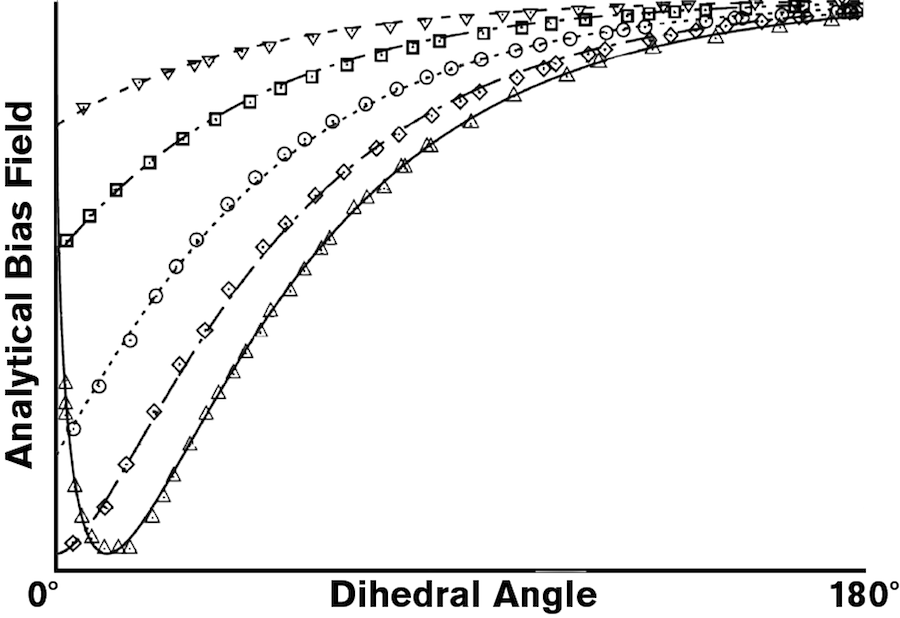 FIGURE 2: Kumar Ankit’s simulation calculation (the points) across five datasets correspond with Martin Glicksman’s theory of the bias field (the lines). The curved line represents the different intensities of the bias field along various angles of the solid-liquid interface (the dihedral angle). Graphic by Erika Gronek/ASU based on the original in “Measuring solid-liquid interfacial energy fields: diffusion-limited patterns” in the Journal of Materials Science

“My simulations matched up very well with Dr. Glicksman’s bias field theory, which he derived independently of my simulations,” Ankit says.

So far, Ankit and Glicksman’s work has been published in two leading journals, Metals and the Journal of Materials Science. However, long-held beliefs about the stochastic nature of metal solidification can be hard to change.

“I think the hypothesis is slowly gaining acceptance,” Ankit says. “We now have simulations that are complementing the theory under equilibrium conditions. If we can do the same for non-equilibrium processes, the impact of bias fields on pattern formation would be more visible.”

Ankit’s model sheds light on the existence of bias fields on solid-liquid interfaces during the slow process of pure metal solidification, or in other words, close to the point of thermodynamic equilibrium. He hopes to next combine multiphase, multicomponent materials, or non-equilibrium, to see how that affects the bias field. Eventually, he would like to figure out how to make all material manufacturing deterministic or predictable by completely removing the randomizing effects of the various disturbances that are known to exist in terrestrial solidification.

Ankit and Glicksman’s innovative approach to understanding metals’ crystalline structure has the potential to have a considerable impact on additive manufacturing. Being able to predictably model the microstructure of a metal or other material can help manufacturers reliably create materials with specific, desirable properties suitable for die casting, foundry and additive manufacturing of materials used in automobiles, aircraft, medical instruments and other engineering applications.

“The bias field provides a great alternative to tailor materials,” Ankit says. “If we can control the interfacial energy fields, we can also control metal’s microstructure evolution, which is directly correlated to its mechanical properties.”

Ankit’s research with Glicksman on pattern formation and evolution in materials has also caught the attention of NASA. In May, Ankit was one of five researchers selected as a principal investigator to study existing reduced-gravity NASA data to advance fundamental physical science research.

As part of the $200,000, two-year award, Ankit will study data from the freezing and melting of pivalic acid, which is solid at room temperature, and devise simulation-based approaches for measuring bias-fields on dendritic surfaces. Glicksman also was given a sub-award grant as co-investigator of Ankit’s project, “Advanced Modeling and Simulation of Crystal Growth Dynamics.”

“It is truly an honor that NASA selected us for this award,” Ankit says. “By combining theoretical and computational approaches, our broader objective is to develop capabilities for designing next-generation materials with tailored functionality via efficient control of interfacial energy fields.”Results of the study in this project will help to advance the understanding of melted and solidified materials, and may one day improve control of alloy castings at the microstructure-level through new processing methods.

It’s true that every snowflake is randomized and unique. But with new, innovative ways to predict how metal crystallizes, the additive manufacturing process doesn’t have to be. 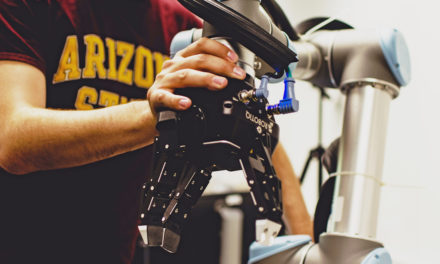 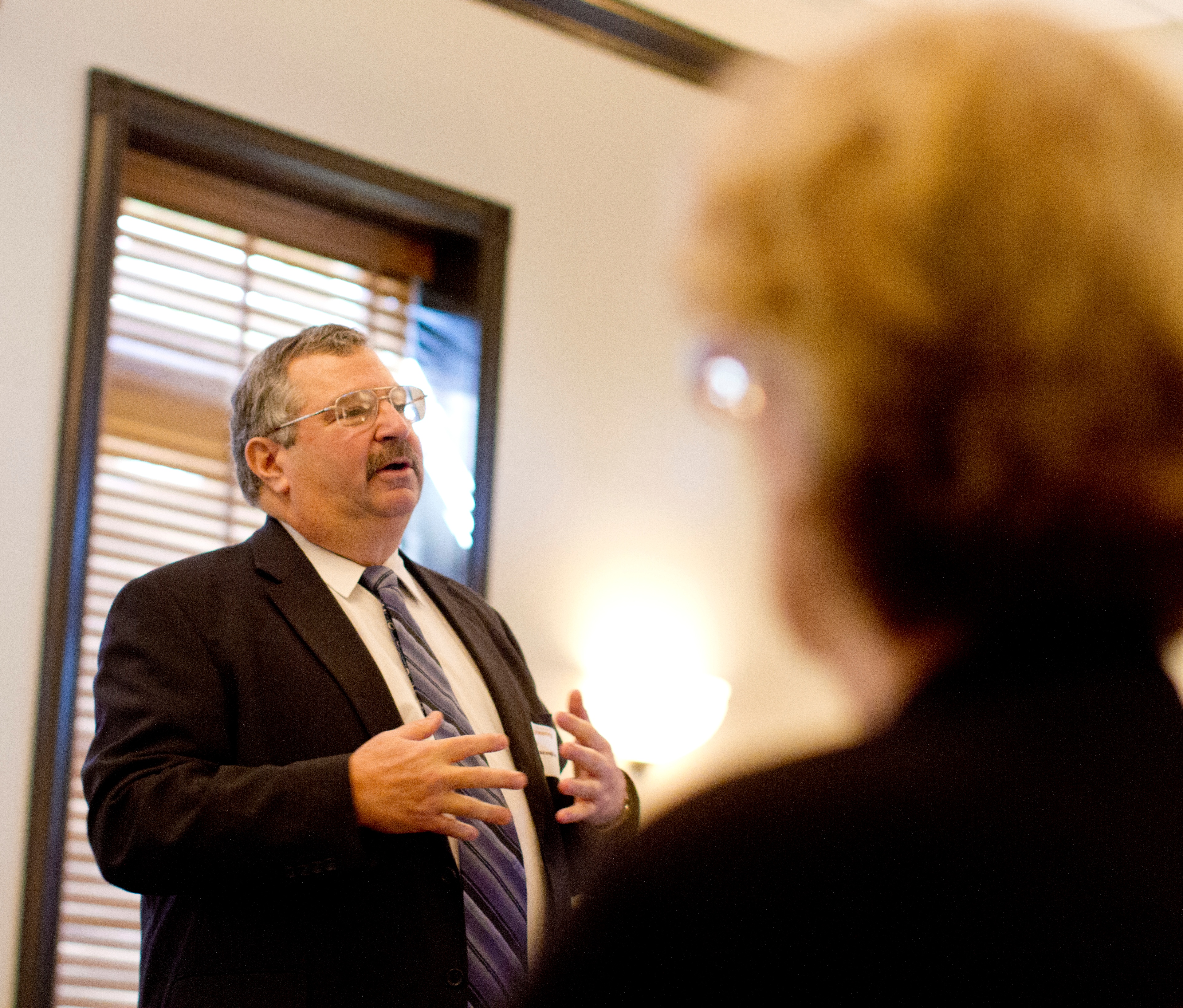 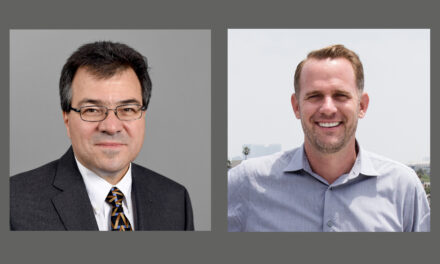 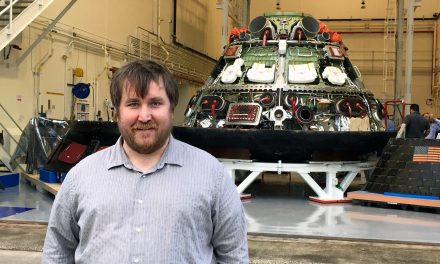