For accomplishments that have made him “arguably the most important living experimental fluid mechanician of the past 50 years,” Arizona State University engineer Ron Adrian will be awarded an honorary doctorate from the University of Illinois at Urbana-Champaign (UIUC).

“I’m not sure it’s true, but it’s a nice sentiment,” he says of UIUC placing him at the pinnacle of his research field.

Several long-time colleagues who nominated Adrian for the honorary degree assert that he is deserving of the acknowledgement of his pre-eminent professional stature.

For decades he has been among the leading experts in fluid dynamics. His work has included development of devices and techniques that have enabled advances in research, earned patents and fostered new industry ventures.

His research has deepened understanding of fundamental mechanisms that govern the behavior of turbulent flows, and produced mathematical models to expand knowledge about the structure and organization within the chaotic behavior of such flows.

In their letter nominating Adrian for the honorary degree, colleagues emphasize the impact of his work “on almost every engineering application to which fluid mechanics is important.”

As evidence of the value of his research, they point to the support he earned from the National Science Foundation, the Office of Naval Research, the Air Force Office of Scientific Research, the Army Research Office, several agencies of the U.S. Department of Energy and several major corporations.

His colleagues write of particle image velocimetry as “the most powerful, general, and accurate way to measure velocity in a variety of flows.”

He is also one of the key developers of an experimental technique called laser Doppler velocimetry.

Particle image velocimetry enables researchers to “see” the flow field — in other words, the motion of flow at every point — while laser Doppler velocimetry measures the velocity of flow at a single point.

The two techniques are significant advancements in the ability to quantify and measure some of the most complex aspects of fluid mechanics. Together they provide ways to get more precise looks at patterns in turbulent flows of liquids and gasses.  Adrian is especially interested in the structure of eddies in the turbulence that occurs when fluids such as air or water flow over various surfaces.

Winning high honors in his field

A statement from the president of UIUC declares Adrian’s development of particle image velocimetry critical to advances in aerodynamics and understanding flow in large blood vessels. His colleagues write that the technique has become a major tool for research not only in engineering, but also in medicine, meteorology, oceanography and other fields.

On a large scale, it was one of the key methods used to determine the rate of oil leakage from the massive Deep Water Horizon oil spill off the U.S. southern coast in the Gulf of Mexico in 2010. On the small scale, micro-particle image velocimetry is used to develop micro-fluidic devices and to study individual or group motions of microorganisms.

“It has taken on a life of it’s own,” Adrian says. “It’s sort of like raising a smart child who goes on to do good things in the world.”

The UIUC president’s statement notes that Adrian has won the most prominent honors in his field, including the American Physical Society Fluid Dynamics Prize and the American Society of Mechanical Engineers Fluids Engineering Award.

Such awards were among achievements that brought Adrian election to the National Academy of Engineering and designation as a Regents’ Professor, the highest honor bestowed on faculty members at Arizona’s state universities.

The honorary Doctor of Engineering degree he will receive at UIUC’s spring semester commencement ceremonies May 14 is his second such degree.

He was given an honorary degree from Portugal’s Technical University of Lisbon (Instituto Superior Técnico) because of the productive research he did with collaborators there over a number of years. He also helped to establish an annual event, the Lisbon Symposium on Application of Lasers to Fluid Mechanics, which has been going strong for 35 years.

Adrian says he is “honored and appreciative” to be receiving an honorary doctorate from UIUC “because it’s where I grew up academically.”

He rose at UIUC to the position of professor of theoretical and applied mechanics, beginning a career in which dozens of students would earn doctoral degrees under his guidance. Many of them — as well as postdoctoral research assistants he directed — have become leaders in academia and in major government and industry laboratories. 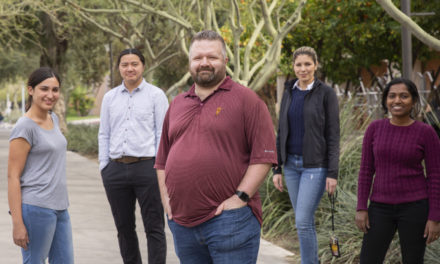 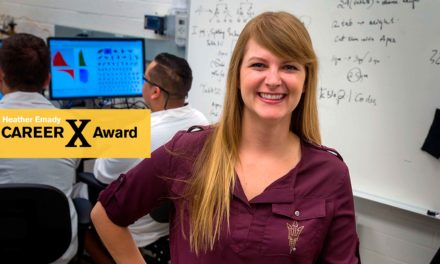 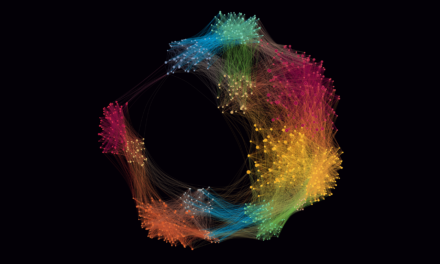