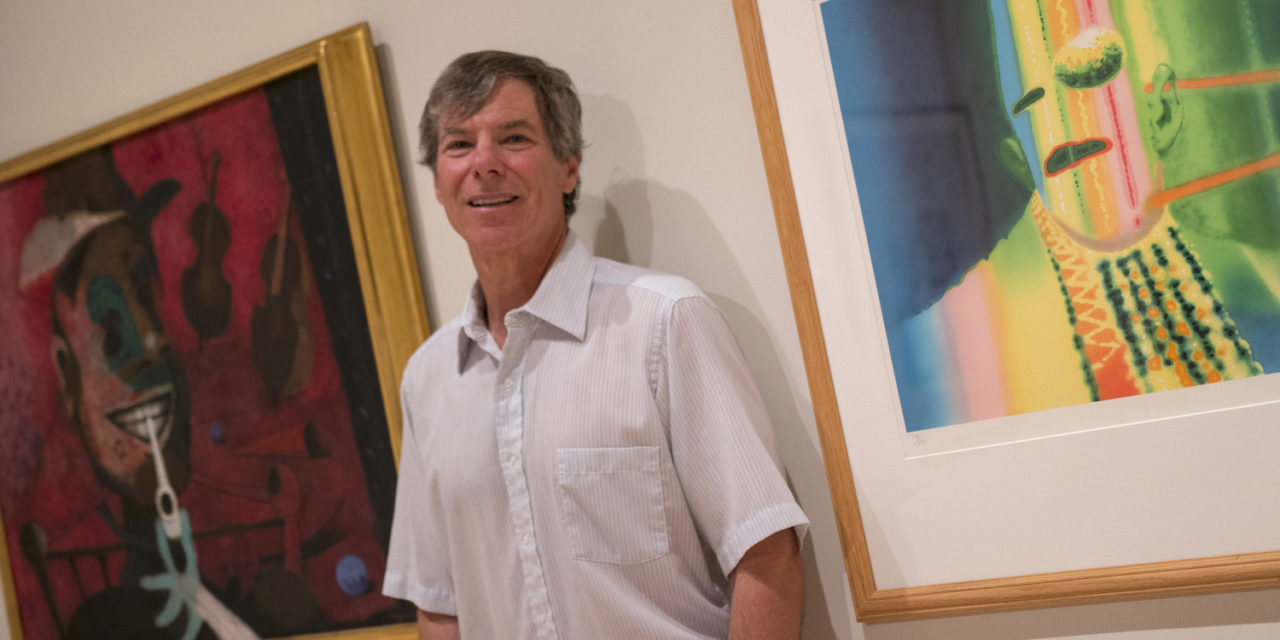 Above: Nathan Newman curated the ASU Art Museum exhibit “Material Beauty,” which explores how a scientific eye can illuminate revealing aspects about the creation of artworks. Photographer: Marco-Alexis Chaira/ASU

Nathan Newman says he “likes being around artists because they have the same appetite to create art as I do to understand science and the world around us.”

He sees in his fellow scientists and engineers, and in many of his students, “an unbridled passion that dominates their life, just like the desire to create imagery that I find among artists.” 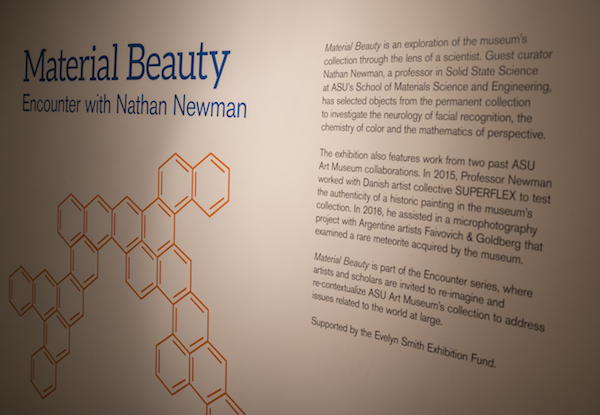 The exhibit includes pieces that relate to Newman’s research collaborations with artists and museum conservators to analyze works of art and the aesthetic features of materials. Photographer: Marco-Alexis Chaira/ASU

Newman, the Lamonte H. Lawrence Professor in Solid State Science in the Ira A. Fulton Schools of Engineering at Arizona State University, has contributed his expertise in physics and materials science to the art world in recent years.

He performed scientific analysis to aid an investigation that determined a painting owned by the ASU Art Museum titled “The Pioneer and Indian,” purported to be an original by the famous American artist Frederic Remington, was in fact a forgery.

The detective work for a Danish artists’ collective called SUPERFLEX included producing infrared images to reveal graphite underdrawings on the painting’s canvas, and teaming with Dana Tepper, the museum’s chief conservator, to analyze the materials used in the painting at the atomic and microscopic levels.

Employing petrographic electron microscopy and microphotography, they produced ultrahigh-magnification images to observe the atoms in the iron that made up the meteorites, capturing images of their brilliant silicate inclusions — which are solids, gases or liquids enclosed within the mass of a mineral.

The images that came out of this research have since become part of exhibits in a number of shows at reputable museums and galleries.

“I’m pleased that I played a small contributing role in that,” Newman says.

This summer he has achieved the most extensive of his forays into the arts. He is the guest curator of an exhibit at the ASU Art Museum designed to explore how a scientific eye can illuminate some revealing aspects behind the creation of various works in the museum’s collection and the visual effects that enhance their aesthetic appeal.

Entitled “Material Beauty,” the exhibit focuses, for instance, on artworks that demonstrate connections between chemistry and the workings of the human eye and brain in our discernment of color.

That involves wavelengths of light and energy absorption, along with the interplay of oscillating electrons and positive ions, among other things happening at the atomic level. 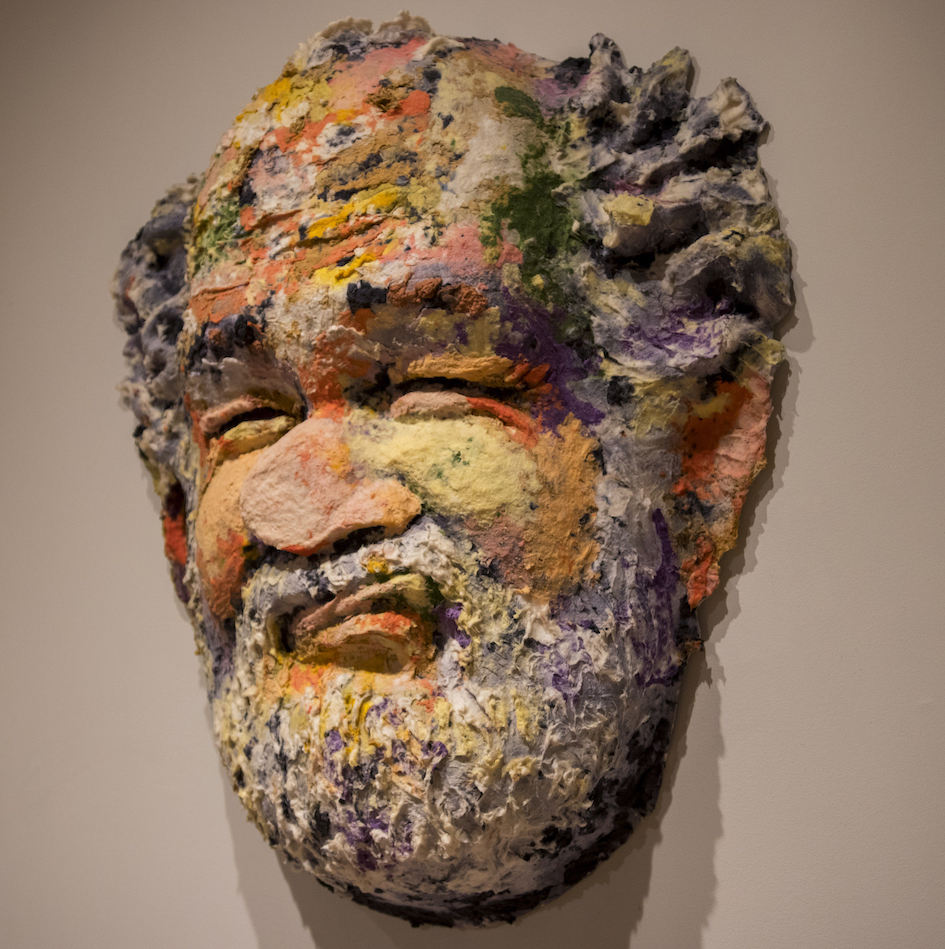 Works in the exhibit provide examples of the ways in which artists’ images reflect how human neurological factors and geometric perspective can shape our visual experience of objects. Photographer: Marco-Alexis Chaira/ASU

Newman also provides explanations of how neurological factors and certain brain functions play a role in our facial recognition ability — or the lack of it — and how these things shape the work of artist Chuck Close, whose work is in the museum’s collection.

He examines the “mathematics of geometric perspective” and how, for example, it allows two-dimensional paintings and drawings to depict three-dimensional images, enabling them to replicate the way the human eye visualizes the natural world within its sight horizon.

“The show is part of our ‘Encounter’ series, for which we invite outsiders to put their own spin on our collection,” says Brittany Corrales, curatorial coordinator at ASU Art Museum and co-organizer of the exhibition.

“We invited Nate to be a curator because he has a curiosity about artists and art materials and offers the unique perspective of an expert on physics and materials science,” Corrales says. “The collaboration is a great way to welcome new audiences from science-based disciplines into the museum space to engage with art.”

Newman sums up his description of “Material Beauty” — which will be on display until December 9 — as “what someone with my science background and an analytical mind will start thinking about when they spend countless hours in art galleries.”

Newman’s entry in the arts community comes by way of his wife, Penny, who is a figurative oil painter. She is the reason, he says, “I spend almost all of my vacations in art museums.”

He met the director and staff members of the ASU Art Museum through his wife’s fundraising efforts for the museum. That led to the investigation of the forged painting and the research on the meteorites, and eventually to the invitation to be a guest curator.

Newman decided to take on the curator role “because I thought that it would be fun. I also thought that my wife would either get involved or at least be impressed. She did not get involved, nor can I tell whether she is impressed.”

He adds: “I do know that she is befuddled that I have been involved in the creation of some very well received exhibits without any formal training in art. I must be a natural at this or a very good fake.” 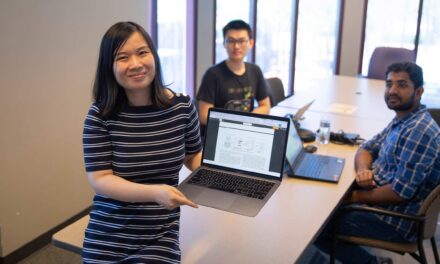 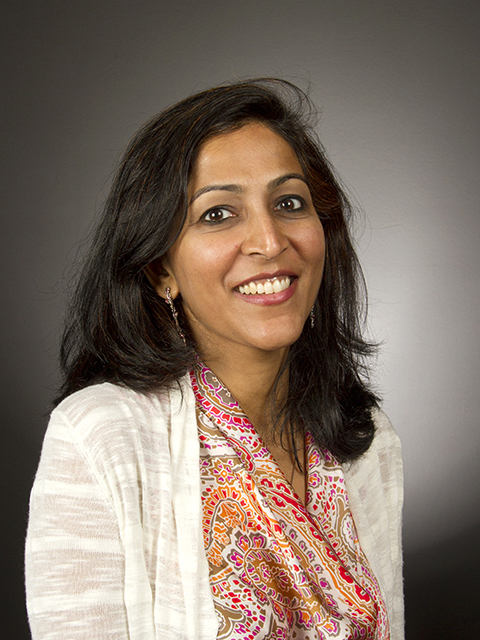