Senior member status within the international organization recognizes engineers, scientists and others whose work has produced significant innovations resulting in technologies with the potential to have widespread benefit to society.

James Abbas and Cody Friesen, associate professors in ASU’s Ira A. Fulton Schools of Engineering, and Wim Vermaas, a professor in ASU’s School of Life Sciences, join fellow NAI colleagues in the senior membership ranks who, along with their research accomplishments, have been successful in earning patents, acquiring licensing and commercializing technology they have developed.

“I’m incredibly proud to welcome Drs. Vermaas, Abbas and Friesen to the ranks of NAI Senior Membership,” says Neal Woodbury, interim executive vice president, chief science and technology officer, ASU Knowledge Enterprise. “This recognition demonstrates their collective commitment to advancing exceptional work in some of ASU’s most critical fields. They are each very deserving of this recognition, and I am pleased to see their achievements showcased in this prominent NAI cohort.”

“These rising stars also have proven success in patents, licensing and commercialization,” said NAI President Paul R. Sanberg. “We are grateful to our Member Institutions that support these elite inventors. It is their culture of creative exploration and discovery that ignites and inspires the innovators we recognize today.” Abbas, who directs the Center for Adaptive Neural Systems, teaches biomedical engineering in the School of Biological and Health Systems Engineering, one of the six Fulton Schools.

Abbas leads work focusing on neural engineering applications in rehabilitation. His research group has developed technologies that interface with the nervous system to enable effective rehabilitation. Much of the work involves neural stimulation systems and interactive technologies for use in the clinic or at home.

His research has aided development of technology for use by people with spinal cord injury, Parkinson’s disease or amputations, and has led to rehabilitation technology startups and collaborations with international medical device manufacturers and research and development companies.

A recent research effort provides sensory feedback to people with amputation who use an upper-limb prosthesis. The work has produced a system that has received an Investigational Device Exemption from the U.S. Food and Drug Administration and is currently undergoing clinical trials.

The system was developed in collaboration with Professor Ranu Jung at Florida International University, with support from the National Institutes of Biomedical Imaging and Bioengineering, or NIBIB, part of the National Institutes of Health, and clinical trials have been supported by NIBIB, along with the Defense Advanced Research Project Agency and the Army Research Office.

In addition, a recently awarded grant from the Department of Defense is supporting a collaboration with Walter Reed National Military Medical Center to provide technology to U.S. service members with amputations.

“It is an honor to get this recognition from my highly accomplished peers for our contributions to the field of neural engineering,” Abbas says of his elevation to NAI senior member. “But this is especially meaningful because it also recognizes the work of ASU undergraduate biomedical engineering students I have mentored.”

Over the past few years, Abbas says, engineering capstone design projects by three groups of his students has produced intellectual property related to innovations now under consideration for patent protection.

Cody Friesen, a materials science and engineer who teaches in the School for the Engineering of Matter, Transport and Energy, one of the six Fulton Schools, has directs research that has produced tech advances that are the foundations for his companies.

Zero Mass Water sprang from his efforts to produce renewable water and energy technologies that help fight climate change while providing valuable resources to underserved communities. One of his latest inventions is the SOURCE Hydropanel — a technology that uses solar energy to produce clean water by trapping water molecules from the air.

SOURCE Hydropanels have been deployed in more than 30 countries across six continents. The technology enables clean drinking water to be produced locally and affordably without being connected to larger infrastructure systems or requiring electricity.

Friesen is also known for creating a rechargeable zinc-air battery — for which he cofounded the startup Fluidic Energy to commercialize its design. The battery could potentially hold much more energy than conventional lithium-ion batteries at a much lower cost.

For this work, Friesen was named among the “TR35,” the world’s leading innovators under age 35, by Technology Review magazine in 2009.

More recently, Friesen was awarded a $500,000 Lemelson-MIT Prize from the Massachusetts Institute of Technology for his Zero Mass Water venture. The award recognizes work in materials science leading to social, economic, and environmentally-sustaining inventions with worldwide impacts.

Friesen’s companies have attracted significant investors and partners, and Zero Mass Water continues to establish pilot projects in locales in Latin America, Africa and the Middle East where water is scarce.

With more than 100 pending patents and 42 granted patents so far in his career, he joins an impressive lineage of inventors as an NAI senior member.

Friesen has said he is dedicated to finding technological solutions that provide resources to address some of biggest challenges to social and economic advancement in underserved communities.

“As inventors, we have a responsibility to ensure our technology serves all of humanity,” Friesen said.

Vermaas is a foundation professor and associate director in the School of Life Sciences and a senior sustainability scientist in the Global Institute of Sustainability and Innovation. He is also a fellow of the American Association for the Advancement of Science. He specializes in the molecular biology of photosynthetic microbes called cyanobacteria.

He holds six patents, which focus on using cyanobacteria for solar-powered production of biofuels, biopolymers and other useful compounds. Besides using solar energy, the bacteria also use carbon dioxide from the atmosphere, giving this process an environmental benefit.

“By introducing genes from other organisms and by deleting or overexpressing genes from the cyanobacterium itself, we have modified cyanobacteria to make and excrete a variety of products, including fatty acids and their derivatives,” Vermaas says. “If one uses carbon dioxide in the atmosphere for making fatty acids that are later burned as biofuels, the overall process essentially is carbon-neutral, whereas if CO2 in the atmosphere can be converted into products like plastics that have a longer lifetime and are not burned, then in the short term that would lead to carbon removal from the atmosphere.”

Right now, fossil fuels are too cheap for this process to be cost-competitive, but Vermaas believes that may not be the case forever, and that environmental concerns could make it an even more attractive alternative.

“With increasing pressure to reduce greenhouse gas emissions, it is good to have the technology developed and ready to go,” he says.

Vermaas is also dedicated to helping young scientists learn how to patent their own innovations. He teaches a capstone class for undergraduates majoring in biotechnology and the molecular biosciences that covers intellectual property, patents, regulations and strategies in biotechnology. In addition, he has mentored a great number of students at ASU, some of whom have gone on to file disclosures and obtain patents in their own careers.

Mikala Kass, a communications specialist for ASU Knowledge Enterprise, contributed to this article. 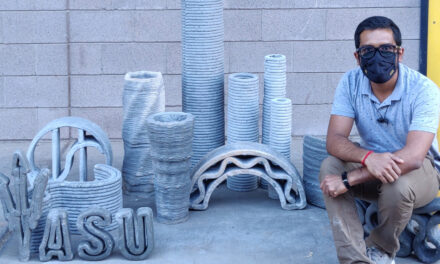 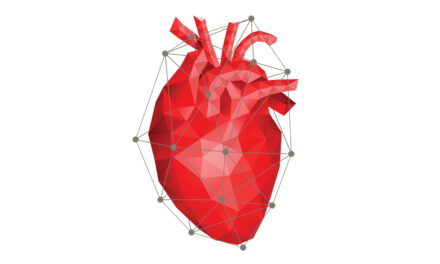 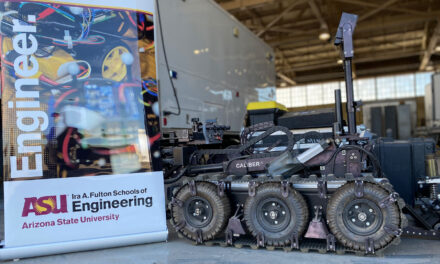 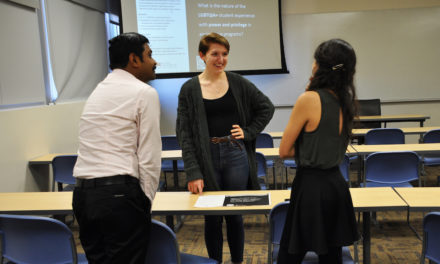