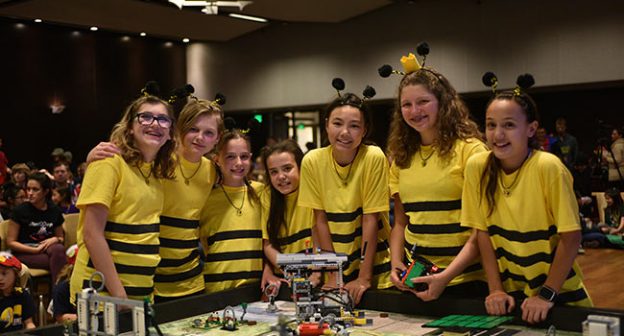 A team of seven Fifth through Eighth grade robotics students was recently named one of two winning teams selected to head to the FIRST LEGO League World Festival in Houston, Texas on April 19.

The all-girls team of arts students from downtown Phoenix charter school Arizona School for the Arts (ASA) competed against 96 teams in the Arizona State FIRST LEGO League Challenge hosted by the Ira A. Fulton School of Engineering on Jan. 14-15. The competition encourages youth to think like scientists and engineers through problem-solving and teamwork.